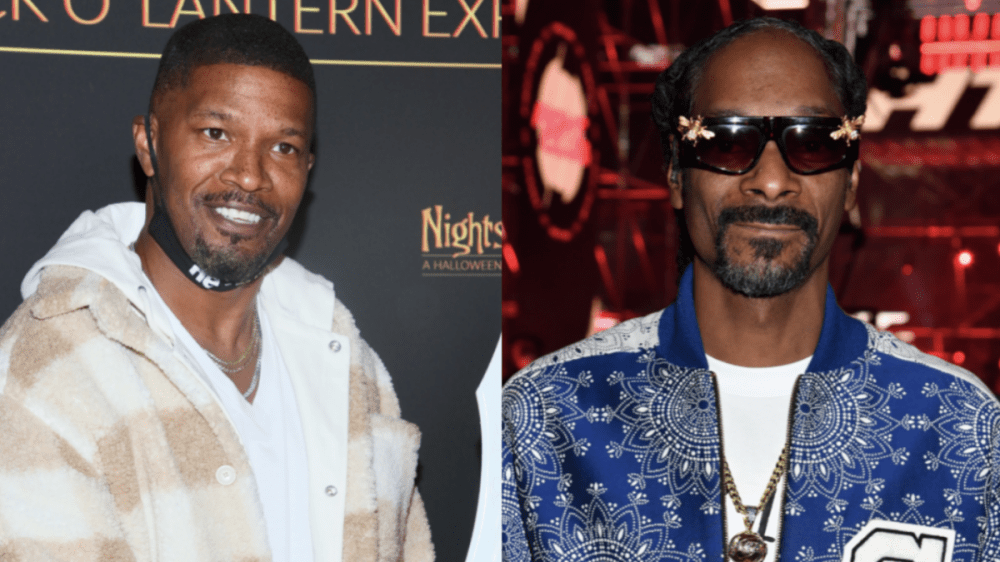 Jamie Foxx stopped by The Tonight Show on Thursday (October 14) in support of his new book Act Like You Got Some Sense, which arrives on Tuesday (October 19). At various points in the memoir, the multi-hyphenate entertainer details fatherhood tactics on how he got through in raising his daughters.

One anecdote Foxx recalled during his The Tonight Show appearance was a time when Snoop Dogg was at his house and he had the West Coast legend press one of his daughter’s boyfriends to make sure he stayed in line following his orders and treating his daughter right.

“What happened was my daughter, who didn’t know that I had already run a background check on her boyfriend, he comes to the crib and Snoop happens to be there,” he explained. “I said, ‘Snoop there he is right there. Shake him up.’”

“Snoop walked over to my daughter’s boyfriend and just said, ‘Hey what’s up? What’s up cuz. Hey, look here you know we her uncles, you know what I’m saying? So act accordingly, homie.’”

The 53-year-old is set to star alongside Snoop Dogg in Netflix’s forthcoming flick Day Shift. The vampire comedy will arrive in 2022. When it comes time for Snoop’s eventual biopic, he’s looking for someone of Jamie Foxx’s ilk to get the job done.

“I don’t know who could play me,” Snoop admitted earlier this year. “I think it’s gonna have to win me over. When I think of someone playing you, I think of how Jamie Foxx played Ray [Charles]. That was like, spot on. So I would have to find me a Jamie Foxx or somebody that can actually become Snoop Dogg on screen and give me all of that element.

Jamie Foxx also returned to perform a skit with Jimmy Fallon which finds the pair cosplaying a ’90s R&B group but meshing their vocal styles doesn’t exactly go according to plan.