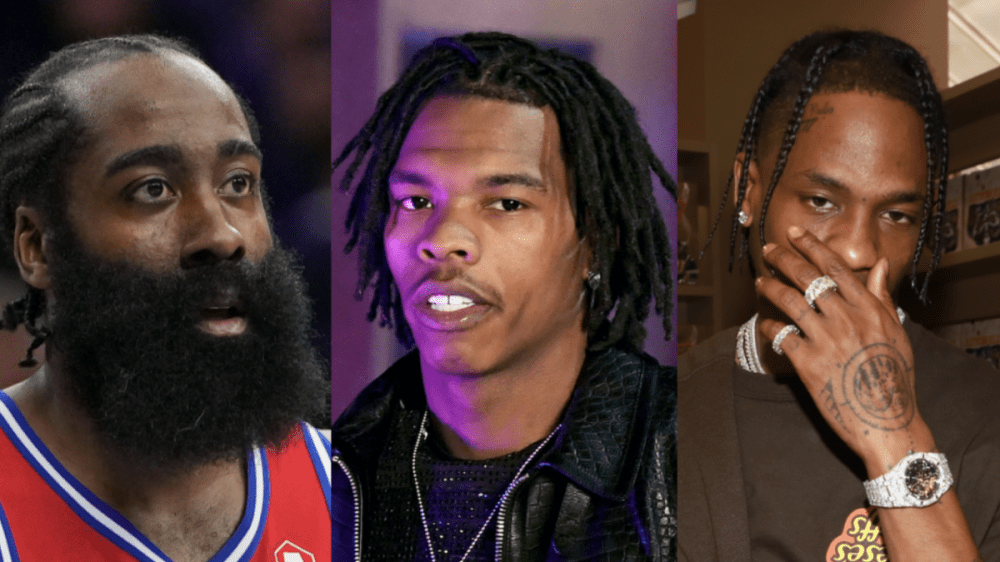 Philadelphia, Pa – When his former team came to town on Thursday night (March 10), James Harden definitely envisioned a better game for himself and the Philadelphia 76ers than the massacre that took place at the Wells Fargo Center. The Brooklyn Nets throttled Harden’s 76ers by a score of 129-100 to give Philly their first loss of the Harden-Embiid era.

There was plenty of star power in attendance as Harden allies Meek Mill, Lil Baby and Travis Scott were spotted courtside sitting next to 76ers minority owner Michael Rubin.

The former MVP attempted to shake off the dreadful 3-17 shooting performance after the game by celebrating a friend’s birthday alongside Baby and La Flame. A clip from Thursday night’s festivities shows a cake being rolled out as Lil Baby, Travis Scott and Harden serenade their friend for his birthday.

James Harden’s relationship with La Flame dates back to his playing days with the Houston Rockets. He even starred in Scott’s “Way Back” video which finds the Cactus Jack boss name-dropping Harden on the track.

“Over these last few years, we’ve grown a friendship, a friendship that’s grown pretty tight,” Harden told Billboard of his friendship with Scott in 2019. “We give each other confidence. We talk about how we can be better in our own class. It’s really grown to be a real brotherhood and a friendship. It’s pretty dope.”

been waiting for Lil Baby x Travis Scott link up for so long, he's gotta be on Utopia pic.twitter.com/OV73JcZoWj

The superstar guard has spent a ton of time with Lil Baby and even executive produced Baby’s The Voice of the Heroes joint project with Lil Durk in 2021.

Harden, who was dealt to the 76ers on February 10, has a few days to rest up as Philly won’t be in action until Sunday’s (March 13) matchup with the Orlando Magic.