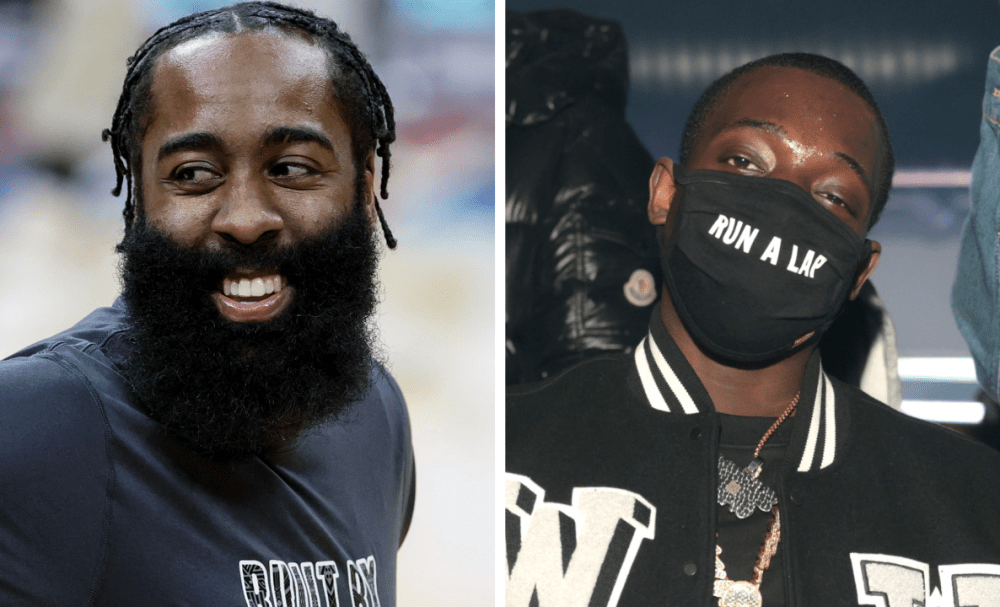 BROOKLYN, N.Y. – Bobby Shmurda made his return to Brooklyn’s Barclays Center on Monday night (March 15) to get a courtside seat to his hometown Nets taking on the New York Knicks in a battle for NYC on the hardwood.

Following the heated 117-112 Nets victory, superstar and noted rap fan James Harden took some time to welcome Shmurda home by signing the jersey he wore during the game and gifting it off his back to the “Hot N*gga” rapper.

The Brooklyn Nets rolled out the red carpet for Bobby, Rowdy Rebel and fellow GS9 rapper Fetty Luciano. The organization even gifted Bobby with his own custom No. 9 “Shmurda” jersey and showed love to him on the jumbotron with a shout-out.

“Spread love It’s The ‘Brooklyn’ Way Special thanks to @brooklynnets & @alwayscivil for the hospitality (( I got my own jersey yall don’t act funny when I come warm up )),” he captioned his post while teasing a return to the basketball floor.

Bobby Shmurda then took to his Instagram Story to show off the signed jersey gifted to him by Harden after the game in the arena’s concourse writing, “Got that game-winning jersey from my bro @Jharden13.”

He then headed outside and was recognized by a slew of fans who ran up on him to snap selfies and get autographs from the recently freed rapper. Bobby is one of the few rhymers to stay masked up when he’s in public.

The 26-year-old was released from prison in February after spending nearly seven years behind bars on conspiracy and weapons charges. Rebel regained his freedom in December 2020 following a six-year sentence.

Fans can expect to see a lot more of him at the Barclays Center rooting on the Nets even though he’s best known for flipping his New York Knicks hat in the sky during the “Hot N*gga” video.

BOBBY @SHMURDA’S HAT IS BACK, ITS ABOUT TO GET REAL 🗣 pic.twitter.com/65avBawPvM

Watch some highlights from the game below.