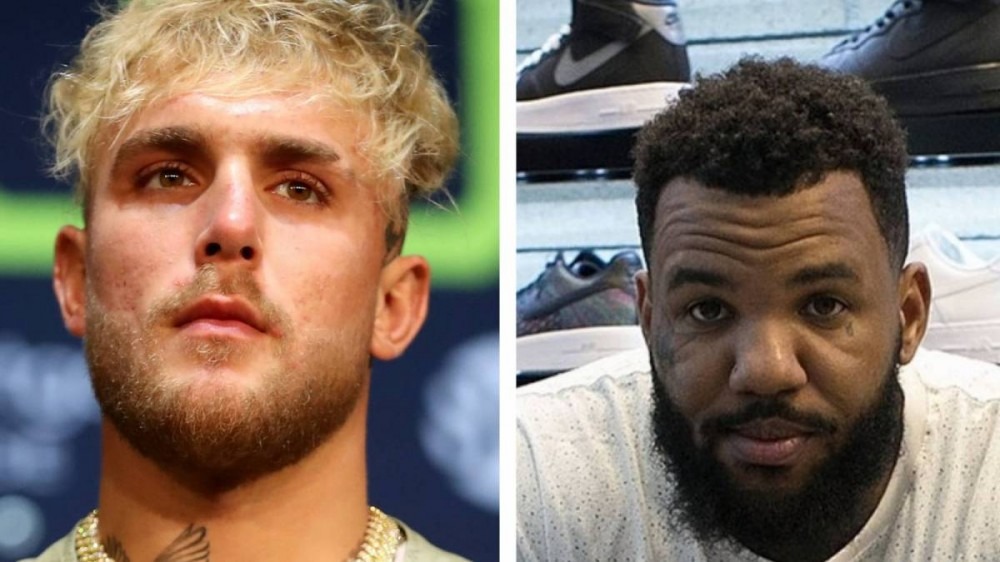 The 24-year-old discussed a myriad of topics, including Conor McGregor’s UFC 264 loss, his issues with UFC President Dana White and a potential charity match with The Game, who challenged both Jake and his brother Logan to a 2-on-2 fight with himself and his brother Big Fase 100 in May.

“The Game was talking smack,” he said at one point during the conversation. “I might just knock him out for charity. Look as fast as the lawyer and managers can get these deals done, I’m getting in the ring and knocking these guys out ’cause they’re just bags.

“I see giant bags of money in the middle of the ring and I’m going to pick ’em up, so let’s sign these deals and knock out these people. I’m ready. I’m training. I’m about this life and we can go back-to-back and run it as fast as we can get these deals done.”

6ix9ine, who for some reason has been picking on any celebrity fighters, found the prospect of Game and Jake Paul jumping in the ring to be hilarious, adding a few laughing emojis in the comment section of Akademiks’ post. Last month, the polarizing rapper clowned Blueface for joining the Bare Knuckle Fighting Championship and insisted he’d pummel Lil Durk at the same time.

He added, “You get Lil Durk in the ring right now, I’m eating him alive. I will violate him on King Von’s grave.”

Game initially invited Jake and Logan Paul to a fight via Twitter with, “@jakepaul, @LoganPaul…. meet me & my little brother downtown LA in front of staples center and let’s just fight head up fades,” he wrote. “no gloves, no money needed…. just on some me & my brother will fuck you & your brother up shit !!!!”

Game was adamant he and his brother Big Fase 100 would mop the floor with the Paul brothers.

“You going out sad,” one Twitter user wrote, to which Game said, “You got on a very small purple jacket by the ocean. Enjoy your day.” Another fan chimed in, “you and your brother game are gonna be like Nate Robinson don’t do this bro” and Game replied, “Boy, you out yo rabbit ass mind n-gga!”

Game has yet to respond to Jake Paul’s challenge.