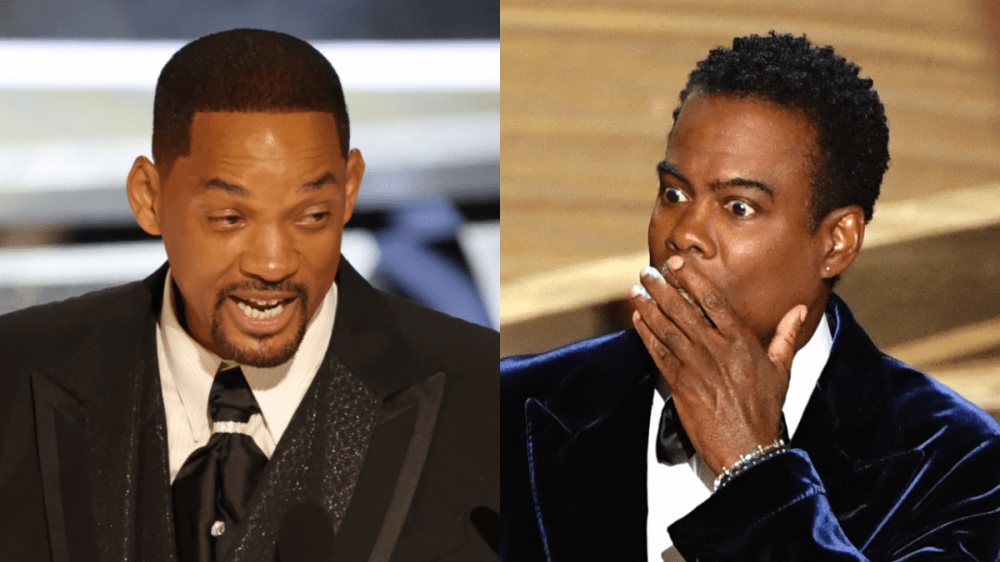 YouTube personality-turned-professional boxer Jake Paul has another multi-million dollar offer for two celebrities to work out their differences in the ring. Shortly after Will Smith slapped Chris Rock during the 94th Annual Academy Awards, Impractical Jokers star Sal Vulcuno joked on Twitter, “Over/under on how much Jake Paul is gonna offer Chris Rock and Will Smith for a boxing PPV?”

Over/under on how much Jake Paul is gonna offer Chris Rock and Will Smith for a boxing PPV?

But Jake Paul is evidently serious about getting Smith and Rock in the ring. On Sunday night (March 27), Paul tweeted he had $15 million each for them to box out their differences.

“I got $15m for Will Smith and $15m for Chris Rock ready to go,” Paul tweeted. “Let’s do it in August on my undercard.” He added, “Someone get me on the phone with Will Smiths boxing representative asap.”

Let’s do it in August on my undercard https://t.co/jBYIpHOTk2

“I have an official offer for Kanye West and Pete Davidson,” he said in a video clip. “I have $30 million for each of you, guaranteed, plus pay-per-view upside for a six-round boxing match. Let’s make it happen; let’s settle this beef like men before the children get affected by your antics. Let’s get it done; make it happen.”

Neither Kanye or the Saturday Night Live actor ever responded to his offer. As for Smith and Rock, it’s highly unlikely they’ll accept Paul’s offer either. According to Diddy, the two have already made amends. Speaking to Page Six at the Variety Fair party, he said, “That’s not a problem. That’s over. I can confirm that. It’s all love. They’re brothers.”

Diddy took the Oscars stage moments after the altercation to present a special tribute to The Godfather for its 50th anniversary and awkwardly addressed the slap heard ’round the world.

“I did not know that this year was going to be the most exciting Oscars ever,” he joked. “OK. Will and Chris, we’re going to solve that like family at the Gold party. But right now, we’re moving on with love. Everybody make some noise!”

Sean Combs addresses that wild Will Smith and Chris Rock moment at the #Oscars: "Will and Chris, we're gonna solve that like family at the Gold Party." pic.twitter.com/5r6WHHBdeE