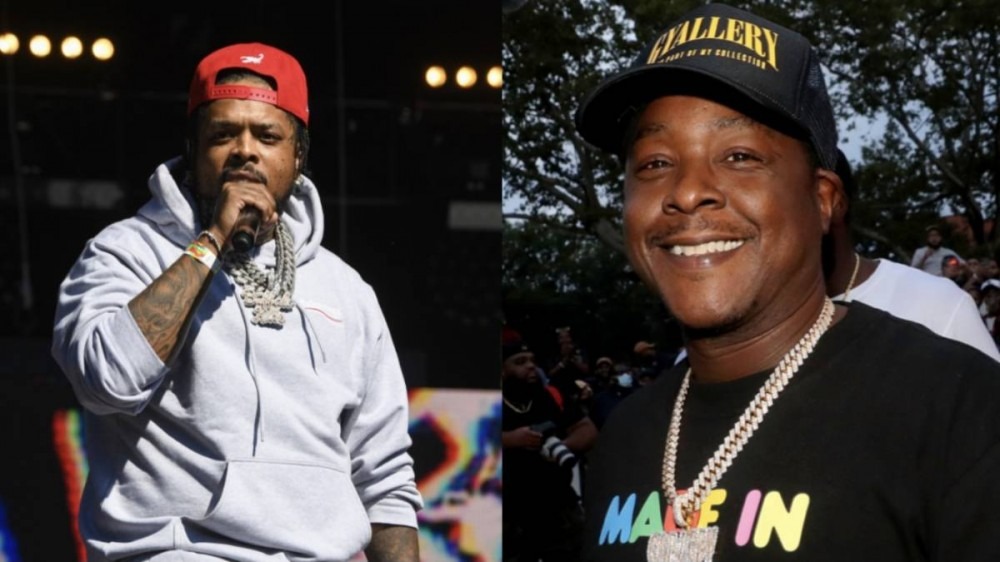 Westside Gunn is looking to extend his executive producer résumé with Mr. Verzuz a.k.a Jadakiss. During his visit to Rap Life on Apple Music, the Griselda captain gave fans a preview of the project he hopes to work on soon. One of the big names on his list is the New York rap legend.

“I’ve already hit Jadakiss up,” he told host Nadeska Alexis. “Because I felt like when we make music together, it’s always incredible. And I just know that production that I have on my team. If I played 10 of those beats for Jadakiss, it’d probably be Jadakiss’ best album.”

Westside Gunn and Jadakiss have linked up songs in the past such as 2020’s “All Praise” off Who Made The Sunshine and Supreme Blientele standout “GODS Don’t Bleed.” They recently traded bars on “RIGHT NOW” alongside Stove God Cooks on Gunn’s latest project Sincerely Adolf.

Gunn’s Sincerely Adolf stands as the final entry in his revered Hitler Wears Hermes mixtape collection. Later on in his conversation with Alexis, Westside explained why he’s putting a cap on the series. According to the Buffalo native, his stock is getting higher, and he’s evolving into an executive who needs to consider people’s feelings towards referencing controversial people such as Adolf Hitler.

“I’m getting bigger, man, so the title Hitler got to go,” he added. “This is the last one, and the thing is, even though I used that title, it’s never been in a negative way. But it’s just like, I’m an exec. I’m just not an artist. I own Griselda Records, so it’s a lot of partnerships, a lot of things that I want to do. And that title kind of hinders those things.”

He continued, “It did what it did. I mean, we on Part 8. So, even though I make it for more the underground, it’s still mainstream now. You just got to be mindful of other people’s feelings. I get it.”

Westside Gunn is currently prepping the deluxe version of his latest album slated to drop on September 24. He took to Instagram recently to reveal the lineup of artists who’ll appear on part two, such as 2 Chainz, Tyler, The Creator, Jay Electronica, Mach-Hommy and more.