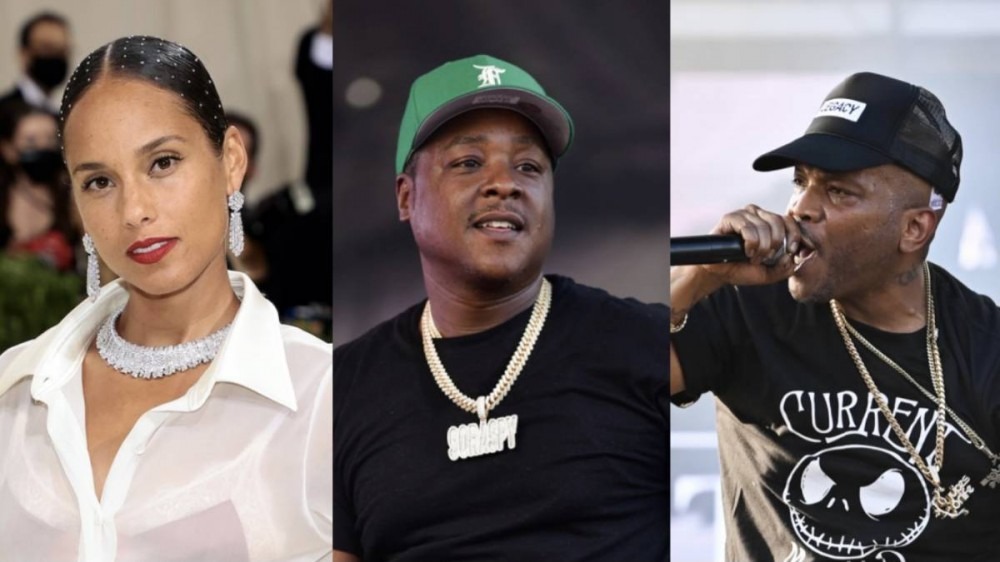 Harlem, NY – Alicia Keys had a one-off show at Harlem’s Apollo Theater as part of SiriusXM and Pandora’s Small Stage Series on Thursday night (November 11). The R&B legend tore down the house with an exhilarating performance, and one of the highlights was when Jadakiss and Styles P made a surprise appearance.

It’s not every day two members of the legendary rap group, The LOX, take the stage at an R&B concert, but as they showed during their dominating Verzuz battle against Dipset in August, the boys from Yonkers, New York are always up for a challenge.

Alicia Keys had Jadakiss and Styles P join her towards the beginning of her set, where they performed a live band version of the rappers’ 2001 classic “We Gonna Make It.” In footage shared on social media, Kiss and Ghost arrive on the iconic Apollo stage dressed in formal attire with shades to match while they breeze through their verses.

Alicia Keys brought out Jadakiss and Styles P for a live band version of We Gon Make It 😩😩 pic.twitter.com/S2wa7dTSiT

The LOX pair also posed for a photo outside the world-famous venue and shared it online, with Styles P thanking Alicia Keys for inviting them to the classy affair.

Swizz Beatz, Alicia Keys’ husband and The LOX’s former Ruff Ryders running mate, shared his appreciation for their surprise performance by commenting, “Thx so Much Kingssssssssss.”

In addition to gracing the Apollo stage with his LOX brethren, Jadakiss made headlines recently when he linked up with JAY-Z on a track for the first time in 15 years.

The song is titled “King Kong Riddim” and also features Conway The Machine and London native BackRoad Gee. Fans can find it on the soundtrack to the Netflix film The Harder They Fall, which was co-produced by JAY-Z.