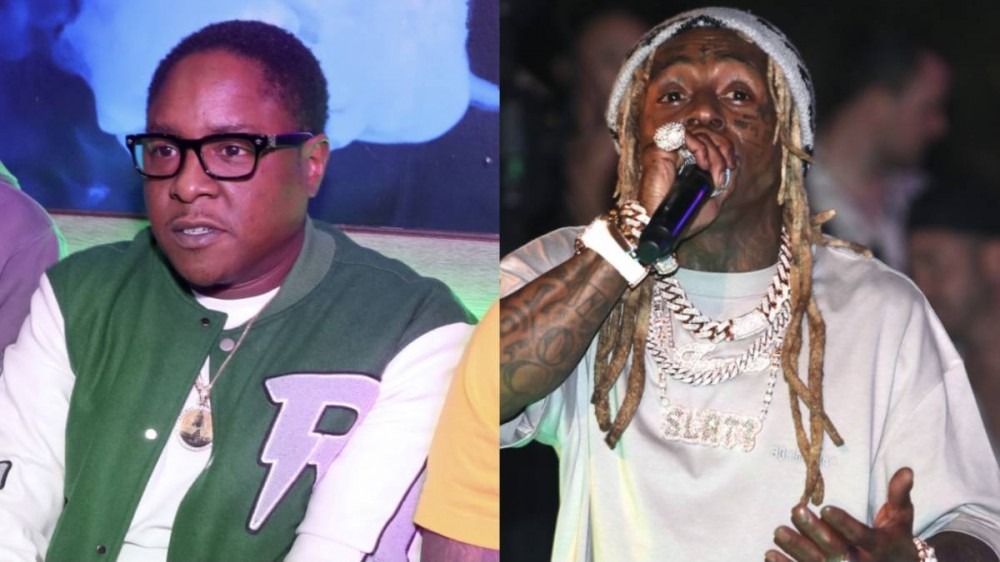 Lil Wayne made a career dishing out fiery verses on his songs and as a guest feature, leading many to consider him the greatest rapper alive at one point. His 39th birthday just passed and people have been saluting the Young Money boss for all his accomplishments to the culture, including his memorable verses.

On Sunday (October 4), New York rap legend Jadakiss hit up LIV Miami and took time out in the middle of his set to salute Weezy for all he’s done for Hip Hop while revealing how quickly he actually gets his verses done.

A post shared by GOT THAT HIP HOP (@officialgthh2)

Last year, Jadakiss said the same thing about Lil Wayne during an Instagram Live session with DJ Khaled. He said Wayne and Rick Ross were the only two rappers to send him songs back within hours. Khaled added on to the revelation, saying Lil Wayne once recorded 12 platinum features in one studio session.

Drake gave Lil Wayne his flowers at the rap legend’s birthday dinner last week on September 27. The Certified Lover Boy joined his mentor at the fancy Swan restaurant in Miami, Florida where he made a toast to his former Young Money boss.

“We don’t get a chance to gather as a family much anymore,” Drake said while hoisting his glass of champagne in honor of Lil Wayne. “I still, to this day, get nervous speaking about this man because, at the end of the day, as much of a brother and a mentor as he is to me, he’s still my idol. And still somebody who just puts me in a place where, when I start thinking about him, I start thinking about my family.”