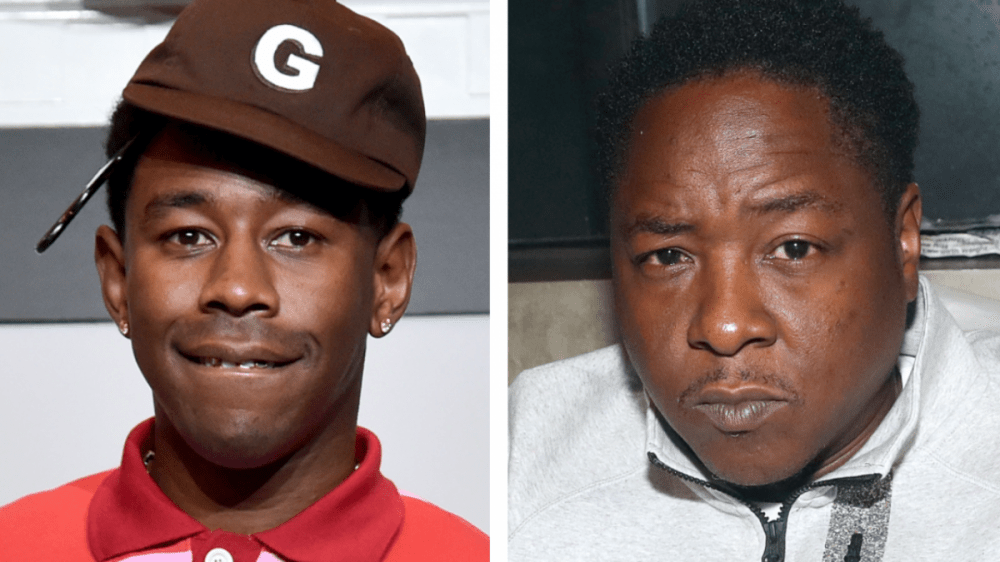 Following The LOX’s dominant Verzuz performance last week, the group pulled up to The Breakfast Club on Wednesday morning (August 11) to break down their win and what’s happened in the time since.

Charlamagne Tha God asked Jadakiss how he felt about Tyler, The Creator showing him love in his own special way, saying he had a “crush” on him during the Verzuz.

“Tyler, The Creator better chill out,” Kiss said around the 27-minute mark while Styles P and Sheek Louch shared a laugh alongside The LOX frontman.

The Yonkers legend then returned the favor and paid his respect to what Tyler is doing for the new generation.

“I like Tyler, The Creator, you know what he does, man,” he said. “That just means he’s tapped into our frequency he loved Verzuz. I didn’t take it as disrespect. He said he had a crush on me or some crazy shit. [He’s] very talented and very smart.”

Charlamagne then detailed Tyler’s explanation of what stood out about Jadakiss’ performance from his recent Hot 97 interview.

“Jadakiss was so ill the other night,” Tyler said at the time. “I was like, ‘This gonna be cool, but I think Dipset got this, right?’ Bro, that man cares. He gives a fuck! Every time he would perform, him and Styles P, it wouldn’t be 80 n-ggas onstage. I just noticed it was space.

The IGOR artist continued, “He made it a point to say, ‘We are home, where rap started. We feed our family because we use our voice over instrumentals, why the fuck are y’all n-ggas rapping over the songs?’ He wasn’t too cool to care. When Jadakiss said that, I was like, ‘Oh, I’m in love with this n-gga.’”

The rest of the all-encompassing interview finds The LOX reflecting on why it hurt to hear Kevin Durant pick Dipset against them, heading down to Atlanta to hop on Kanye West’s Donda, which Styles P said he wrote on other records for, and much more.