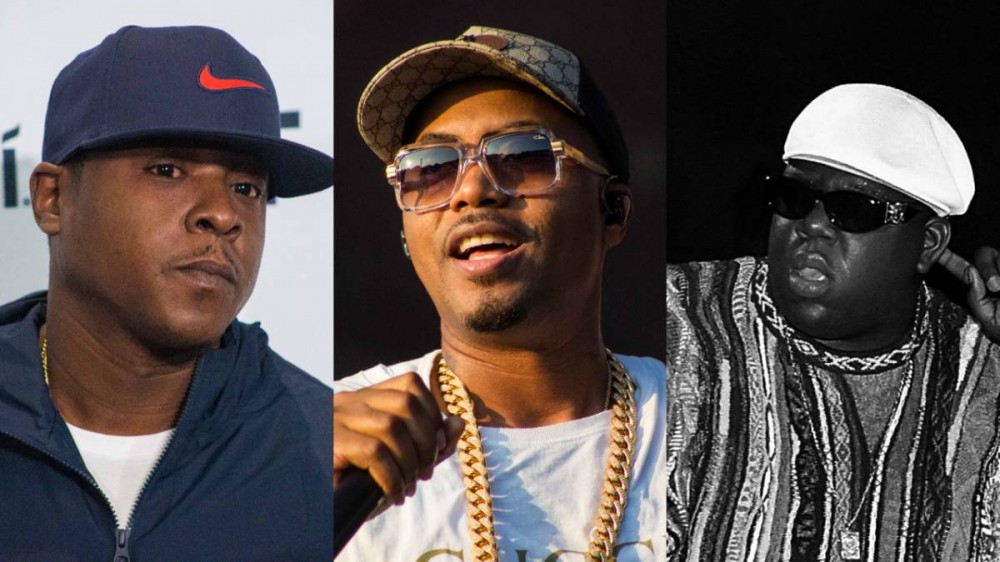 Jadakiss has listed his Top 5 favorite voices in Hip Hop, and it includes some fellow New York MCs such as Nas and The Notorious B.I.G.

In a sit-down with Uproxx, Jada discussed his favorite “voices” after taking a moment to show appreciation to the hosts for not just asking him to list his favorite rappers, which he’d been called on to do many times before.

“It took me a while, that’s like education in music just to know the different [sonic] of people’s voices,” Jada said. “Just unique voices for me as I started learning about it. I think Guru, rest in peace. [Method Man], you know when the [Wu-Tang Clan] came Meth’s voice was deep and raspy and just he has an ill voice.”

He continued: “Big, with the nasal. Sounds like he’s having a hard time breathing but that’s making his cadence extra crazy. Tone-Loc, Tone-Loc’s voice was ill. Nas, with the nasal. That’s voices! So don’t get mad at me.”

Jada previously spoke on his own standing in the rap game back in 2015, when dropped off his fourth studio album Top 5 Dead Or Alive. The project was his way of saying that he believed himself to be a Top 5 contender, which he was and is in the eyes of many.

“For one, just for your name to be in the discussion is a pleasure,” Jadakiss said at the time during ITCHY HOUSE FILMS’ The Cutting Room series. “Because it’s a million rappers, a billion. And more than 98.2 percent of them would never be in the discussion.”

He continued: “And then another thing that makes you and puts me where I’m at is I can stay here and endure. I love the discussion. You gotta be able to take it and then transform that into something.”

Jada has been asked many times over the years to list out a different variation of his Top 5. In July, the Lox rapper was asked by Jazzy’s World TV to list out the Top 5 rappers who could lyrically compete with him, and he gave a few newer rappers their flowers.

“I think there’s a couple new lyrical kings,” Jada said. “Drake, J. Cole, I like Cordae, Kendrick, there’s a few monsters out there. Lil Baby. So yeah, the game is in good shape.”

Jada has been an avid fan of Cordae in particular, and during an appearance on HBO’s The Shop: Uninterrupted, he told Cordae’s girlfriend Naomi Osaka – who was sitting right across from him – that working with The Lost Boy rapper  is on his bucket list.

“I need to do something with Cordae,” Jadakiss said. “His mannerism is so cool but his bars… he got them bars that puts him in an elite thing. And then, for you to be his significant other, he’s just so cool with it.”

He told Naomi: “I’m gonna call in a favor for you to set me up to meet him and… you know what I mean? I love him as a rapper, I think he’s super talented.”

In other Jada news, the Kiss Tha Game Goodbye lyricist will soon hit the road with Ma$e and Cam’ron this fall for the 3 Headed Monster Tour.

The seven-date trek will kick off in Bridgeport, Connecticut on October 19 and wrap in Ft. Lauderdale, Florida on October 30, with stops in Philadelphia and Pittsburgh, Pennsylvania; Elmont, New York; Norfolk, Virginia; and Augusta, Georgia along the way.