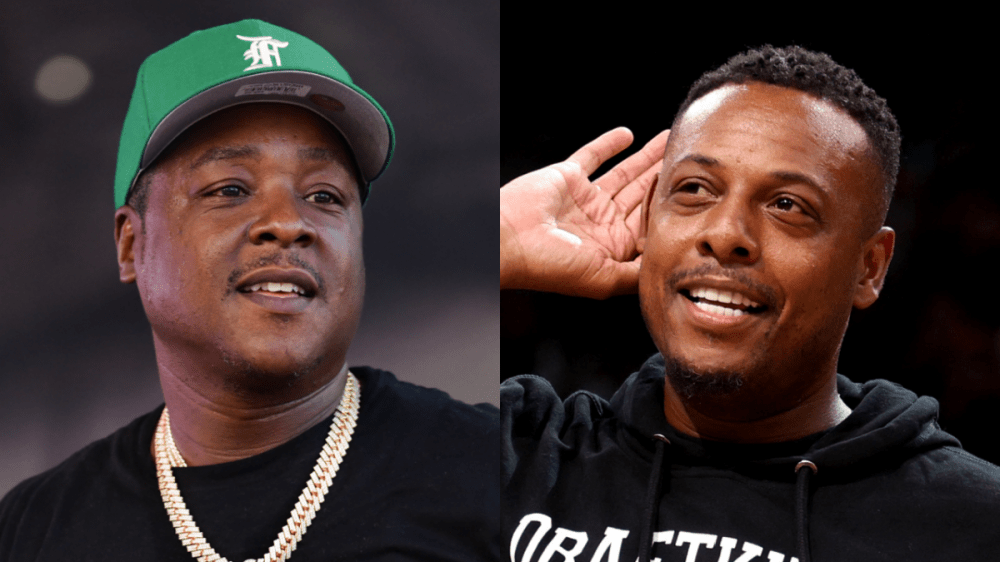 Boston, MA – The 2022 NBA Finals are in full swing, and with that comes a load of celebrities looking to get a piece of the action courtside. On Wednesday (June 8), the Boston Celtics hosted Game 3 against the Golden State Warriors at TD Garden, and New York rap legend Jadakiss was in the house alongside Boston native Millyz and C’s great Paul Pierce.

The trio was sitting courtside as the Celtics and Warriors battled it out to determine who would take the series lead. Boston controlled much of the game until Steph Curry and Klay Thompson helped the Warriors grab the lead late in the third quarter.

Golden State’s effort wasn’t enough, though, as the Celtics won Game 3 by a score of 116 to 100, with Jaylen Brown, Jayson Tatum and Marcus Smart each scoring 20-plus points.

After the game, Kiss and Millyz headed to the back where they chopped it up with other celebrities and players. At one point, Pierce put Jada on his Instagram Story, with The LOX rapper saluting him and his former team.

“You know what it is, man. The Truth, Game 3, The Truth, the building,” Kiss said in the clip. “He had the energy on smash.”

The Boston Celtics now lead 2-1 in the series and will be looking to take Game 4 on Friday (June 10) at the TD Garden. Jadakiss wasn’t the only New York rap legend who’s been courtside for the NBA Finals.

JAY-Z attended Game 1 at the Chase Center in San Francisco, California last week. After the game, Hov left his seat to chop it up and pose with Tatum. The Celtics took Game 1 120-108 after being down by 15 points late in the third quarter.