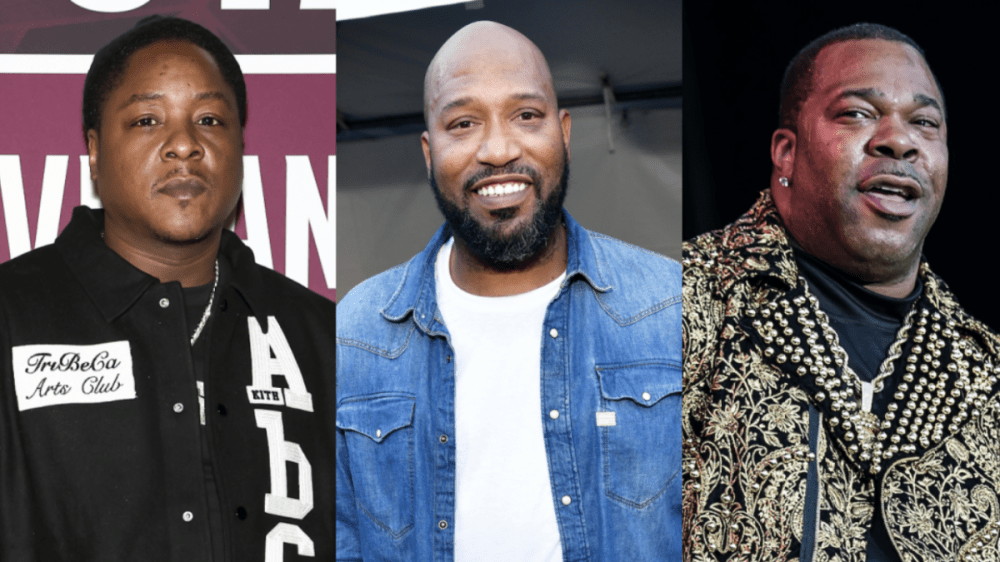 Queens, NY – Jadakiss, Busta Rhymes and Fat Joe are among the names who have given Bun B’s Trill Burger the official Hip Hop stamp of approval.

While hosting the Trill Mealz Food Court at LL COOL J’s Rock The Bells Festival over the weekend, the aforementioned rappers and many others gave the “best burger in America” a taste test.

Bun took to Instagram on Monday (August 8) with footage of Jadakiss trying the Trill Burger for the first time and judging from the clip he’ll be coming back for more. “Only the best burgers in America for the best rappers in America,” Bun B can be heard saying behind the camera.

Kiss compared the burger to a Dr. Dre beat following the first bite and then cooked up the most tantalizing musical production cocktail he could think of.

“It’s like a Dr. Dre beat, mixed with Preemo, mixed with Jesus Christ,” he said. “The best in the world. They ain’t just boosting my brother up, this shit is amazing. I can’t even front, it’s incredible. I don’t need nothing to drink it’s crazy!”

Fat Joe dubbed the burger America’s No. 1, adding: “Give me like three more boxes so I can give them to the family.”

Busta Rhymes was left speechless by his first Trill Burger while Ice Cube’s “It Was a Good Day” boomed through the Forest Hills Stadium’s speakers.

“Some things just can’t be explained,” Bun B captioned the post. “Like the first time @bustarhymes had a @trillburgers there were simply no words. Even @icecube knew it was a good day! You’ll understand when you try one! Salute general!”

Back in July, Trill Burgers were crowned the “best burger in America” by Good Morning America. In addition to a trophy for his efforts, Bun B was awarded a check for $10,000 courtesy of the morning show.

The Houston icon recently sat down with HipHopDX to discuss how he ended up in the burger business as a long-time foodie.

“I’m a big boy, so I’ve always been a fan of food,” he explained. “A friend of mine and I started a food blog a little more than 10 years ago called You Got To Eat This, my friend Premium Pete from Brooklyn. We met in other things, but we bonded over food. And so even locally, in the city, I’ve been a big proponent of food trucks and trying to direct people to different great places to eat.

“Right now, Houston is the culinary center of the world. There’s so many great things that are happening. Between Houston and Copenhagen, I don’t know if you can find many more incredible food concepts right now.”

He continued: “And that just grew and grew. And eventually I was like, ‘Well, I definitely would like to move into the food business, but I’ve got to find something that makes sense.’ And so the burgers being presented to me was something that was very easy to execute, very easy to scale up.

“It didn’t require a lot from me but also not as much from the staff. It’s a very minimal concept, but we can execute it consistently, which for me is the most important thing. And I’m excited about the future for the brand, but I’m very excited to bring these burgers to Rock The Bells for sure.”