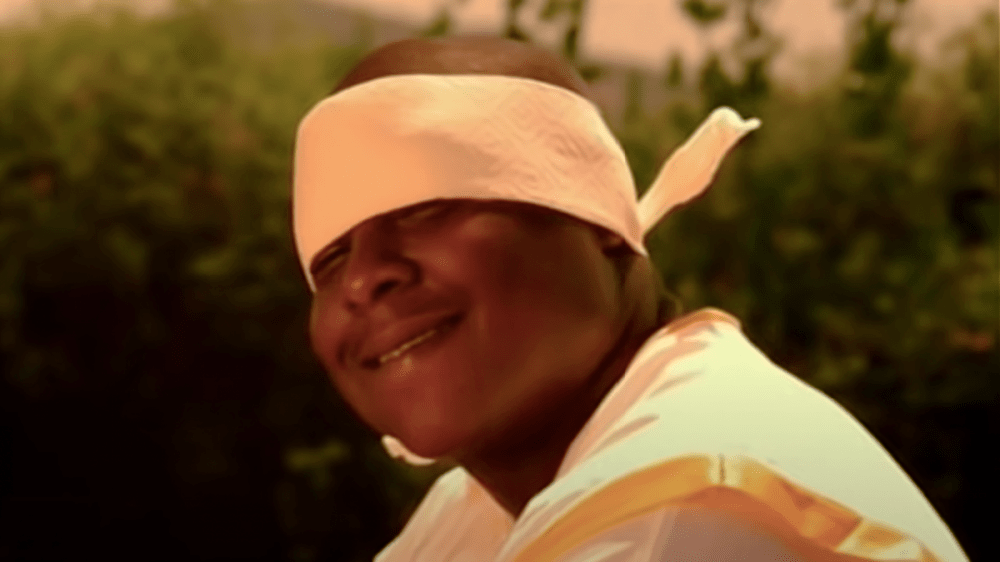 Jadakiss has resurrected the paper towel headband he wore in the early 2000s to celebrate the anniversary of his debut album Kiss Tha Game Goodbye.

The Yonkers native posted a video on Instagram on Monday (August 7) showing him making a headband from a long strip of paper towels while sat on a milk crate. Kiss also posted a photo of him rocking the neatly-folded makeshift headband.

Fans may remember the unconventional accessory from the music video for Kiss Tha Game Goodbye‘s Neptunes-produced hit, “Knock Yourself Out.”

Directed by Little X, the “Knock Yourself Out” video found Jadakiss making a fashion statement with the paper towel headband as he wore it in multiple scenes. Fellow New York rapper Fabolous even adopted the trend in Lil Mo’s “Superwoman” video.

Released on August 7, 2001, Kiss Tha Game Goodbye celebrated its 21st anniversary on Monday. The album debuted at No. 5 on the Billboard 200, moving over 204,000 copies in its first week.

It kicked off an impressive solo career for The LOX MC, who went on to release another four studio albums, in addition to a bevy of fan-favorite mixtapes.

Jadakiss also celebrated the one-year anniversary of The LOX’s Verzuz victory over Dipset last week. In a recent interview with Complex, he revealed he renegotiated his Def Jam contract following his MVP-worthy performance during the battle.

“My numbers went up for hostings and walkthroughs, for shows, and TV cameos,” he said. “Just in general my numbers went up. It also showed Def Jam that they got to do the right thing [and] restructure my contract. It really showed the world my true worth, what I can do.”

He continued: “The best part is being able to benefit financially and branding-wise, and get more deals and endorsements, but it’s cool. I already was nice before Verzuz. I’m going to let people know that on these new projects that I drop.”

Fans may also get to see Jadakiss take the Verzuz stage for a third time after he revealed the platform has approached him for another contest. He previously faced off against Fabolous by himself in 2020.

“They came at me, and asked me if I would be willing to do one more,” Kiss told Complex. “I don’t really know, though. I got more songs that I didn’t use. A lot more. But I don’t know. Maybe if the money was undeniable.”