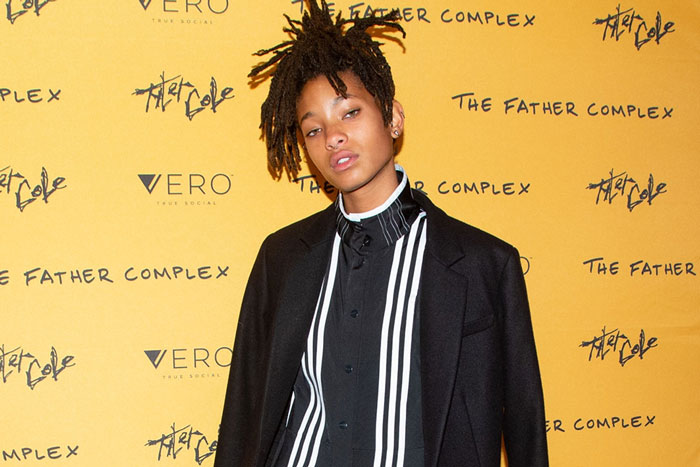 Jada Pinkett Smith sat down with her daughter Willow Smith on the latest episode of Facebook’s “Red Table Talk” for a discussion about addiction during the quarantine.

At one point, Jada applauded her 19-year-old daughter for cutting back on smoking weed. “Willow, I’m really proud of you as well, because you have decided to curb your excessive weed smoking,” she said, according to Page Six.

Willow revealed that it was her mom who inspired her to quit. “You always were telling me, you’d be like, ‘Gotta stop that smoking,'” said Willow to which Jada responded, “Well, only because as your mother, I could see the effects of it that you couldn’t.”

Jada’s own mother, Adrienne Banfield-Jones, also opened up about her heroin addiction. This year will mark her 30th year sober. “For me, it was like with the history that we have in our family it was driving me crazy,” said the 66-year-old, while Jada added, “‘Cause all we could think about was that it was a gate to something else.”

Willow said that she hasn’t smoked THC in three months. “It was a really big eye opener,” said Willow, who noticed that some of her friends became more distant once she stopped.

She has shifted her energy into other activities including yoga. “I know it sounds so cheesy but around the time I stopped smoking I started doing a lot of yoga,” she said. “And I just excelled because I was putting all of my energy into that. Like I wasn’t doing anything else and I was like, wow, what if I was doing this with everything?”

Since getting sober, Willow said she’s feeling less anxious and “100 percent” more productive and focused. “I never understood that smoking would actually make me more anxious,” she said. “When I was bored, I would just smoke. Now, because of this quarantine, bored all the time but I’m putting my energy into different things.”

Last month, Willow released her new album The Anxiety, a joint project with her boyfriend Tyler Cole. To promote the project, she and Cole locked themselves in a box for 24 hours as part of a performance art show at the Museum of Contemporary Art’s Geffen Contemporary in Los Angeles.