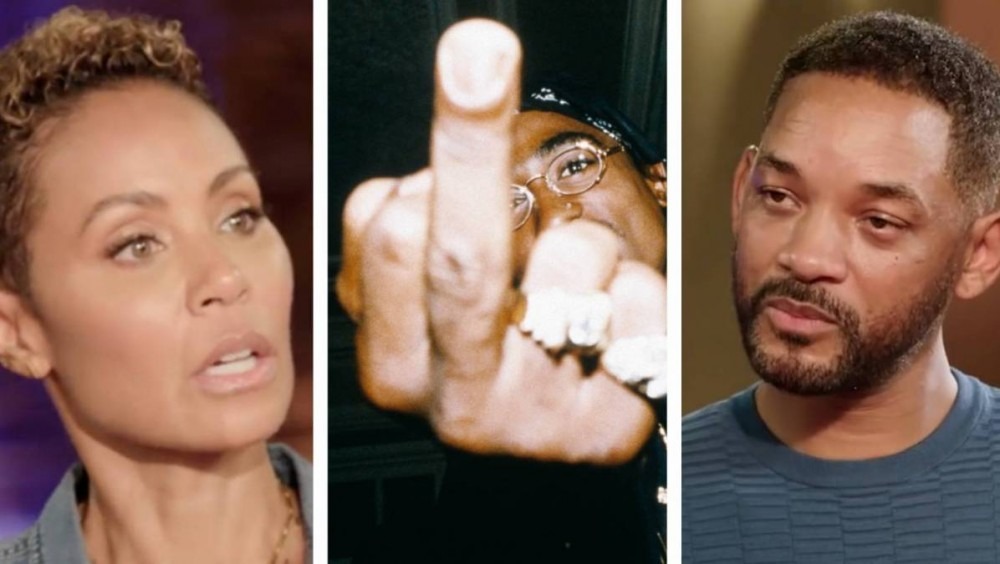 On June 16, countless artists and fans showed their love to the late Hip Hop icon, who would have been 50 years old had he not been gunned down in 1996 at just half that age.

But it was the Red Table Talk hostess who dominated social media with a never-before-seen poem written by her forever famous friend.

During an interview with The Art Of Dialogue published on Wednesday (June 30), Outlawz Immortalz original member Napoleon praised Pinkett Smith’s recent Instagram post while offering some insight on how Will Smith first interacted with Makaveli.

“I remember when I first came around Pac, Jada Pinkett was in a movie; it may have been the first movie she ever starred in with one of the Wayan Brothers — I can’t remember the name of it.”

“We went down to Atlanta and I’m a kid and I’m like, ‘This movie is boring as hell but Pac was just staring at the screen, just paying attention and really heavily involved in the movie … really focused!”

“But the second time I probably heard him talk about her was when he went to L.A. and he was very upset. Pac came in the room, he was like, ‘Jada gonna contact me like and tell me: DON’T DO NOTHING to Will Smith!’ the New Jersey native recalled with a laugh.

When asked if 2Pac actually condoned sitting on the sideline, Napoleon revealed his former mentor was mature enough to let the situation fizzle. However, it was the nature of the request that apparently rattled the Thug Life rap legend.

“He was offended when she asked him not to do anything to Will Smith from a standpoint not to be violent towards him. I think that just hurt him more than anything. Because he was like, ‘What do you think this is? I’m not walking around being this impulsive, violent individual. So I think that probably hurt his feelings at the particular time.”

Despite the criticism, the 49-year-old actress revealed she had to travel down “memory lane” to find the unpublished diamond in the rough.

“He had a song called ‘Lost Souls’ on the Gang Related soundtrack but I believe this was the original concept because he wrote this, I believe, when he was at Rikers [Island],” she explained, dating the poem to around 1995.

“And I was like, I don’t think he would have minded that I share this with you guys.”

Check out Napoleon’s full interview below, where he also reveals his reaction to longtime Tupac friend and Digital Underground founder Shock G’s death.