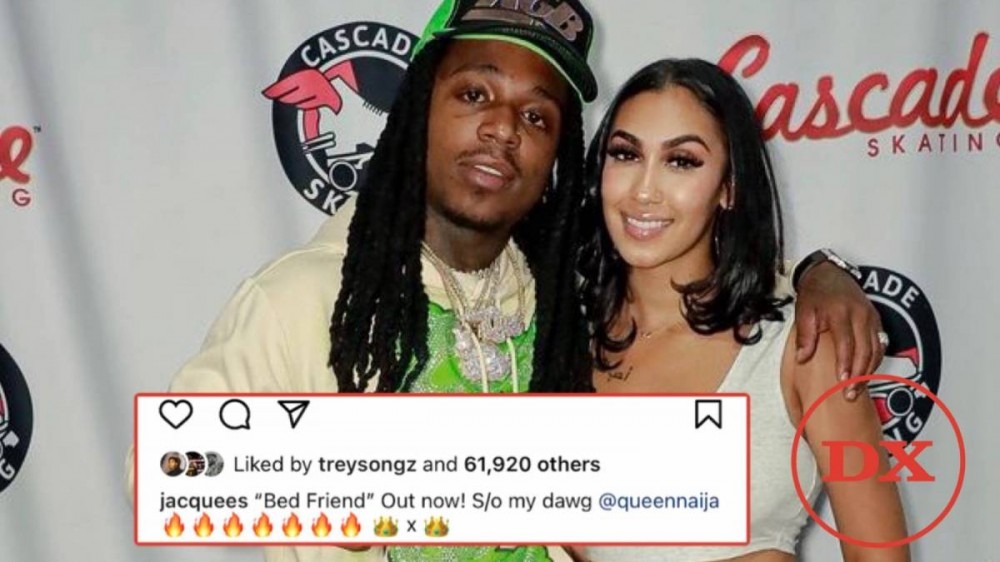 Jacquees is clearly in album mode with the release of his latest romantic single “Bed Friend” featuring Queen Naija. The track arrives not long after he got in a highly publicized altercation in Mexico while on vacation with his on-again, off-again girlfriend Dreezy.

In a press email from Cash Money Records to HipHopDX,  the self-proclaimed “King of R&B,” described the recording process of “Bed Friends” and revealed he and Queen Naija’s collaboration has a special place within his rotation at the moment.

“It’s one of my favorite records,” Jacquees said. “Queen Naija pulled up to the studio and knocked it out. We came up with it really smooth and easy. It’s a different vibe; it’s a slow bedroom song.”

Naturally, “Bed Friends” builds on the momentum Jacquees generated in March with the release of his sexy “Freaky As Me” collab with Latto — which has amassed more than two million Spotify streams, along with an additional 1.9 million views on the official YouTube video.

In anticipation of his third studio album, Bryan “Baby” a.k.a. “Birdman” Williams said, “Jacquees is coming through with classics this time.”