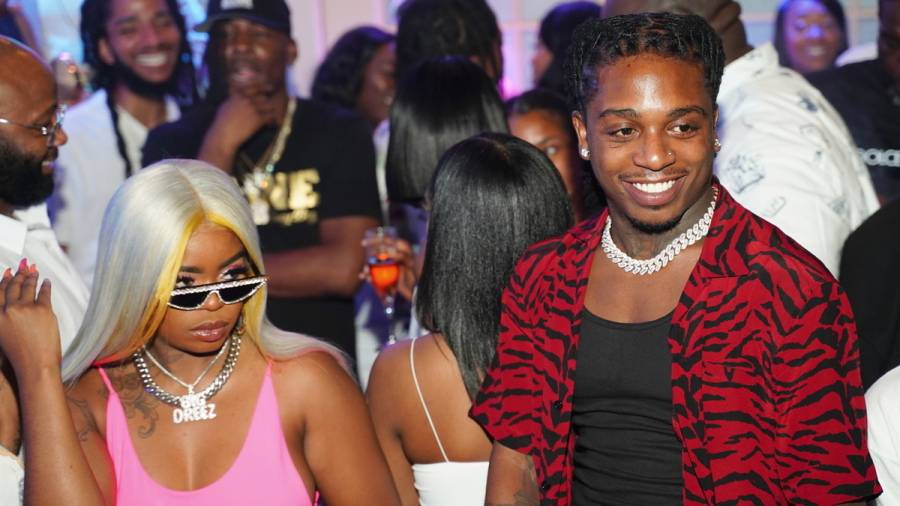 Mexico – Jacquees and his on-again, off-again girlfriend Dreezy were vacationing in Mexico earlier this week when they got into a fight with a man on the beach. Dreezy jumped on Instagram to explain her side of the story shortly after the incident took place and accused the man of punching her in the face. She also alleged Jacquees body-slammed the man to the ground.

But the man at the center of the melee is singing a different tune. In a video uploaded on Wednesday (June 2), the man admitted to having drugs on him and hitting Dreezy, while also accusing the couple of being cocaine addicts and misrepresenting the truth.

“Fresh outta jail in Mexico for fighting that bitch ass n-gga twice,” he says in the clip. “Jacquees or whatever his name is. Him and his bitch, they lying on me. His girl is lying because she wanted to buy two joints that I had and I didn’t wanna sell it to her. They was trying to buy coke from me, they was trying to buy weed from me, and that’s why we got into a fight. ‘Cause I didn’t want to sell them the two joints that I had.

“They both coke heads. They both disrespectful. And he thought he could talk to me any kinda way just ’cause he’s a celebrity and he got touched him. You know what I’m sayin’? I touched him and I touched ol’ girl.”

Despite the blatant confession, the man doesn’t seem too worried about the potential consequences, adding, “I don’t care what the internet is sayin’ about me. If y’all know me, y’all know how I am, hey, you know what? They got me out here lookin’ bad, but I’m still out here doin’ me and it is what it is.”

In a video clip of the incident circulating online, Dreezy throws a shoe at the purported aggressor as club security holds her back. The camera didn’t start rolling until after Jacquees made contact with the man, but he reportedly shoved the rather large man into the sand. He was ultimately arrested.

Dreezy later explained, “I’ma just clear it up real quick,” she says. “[…] A grown man put his hands on me yesterday. That man y’all seen on the floor punched me in my face yesterday over some stuff he had going on with Jacquees. They had their little altercation, I walked up to see what was going on, and I got swung on. Jacquees did what he had to do. He body-slammed that n-gga, kicked him in his face — that’s why he was on the floor.

“I didn’t even get to touch the n-gga. That’s why y’all seen me get mad and throw my shoe because security was pulling me back, y’all know how it is when it’s an altercation.”