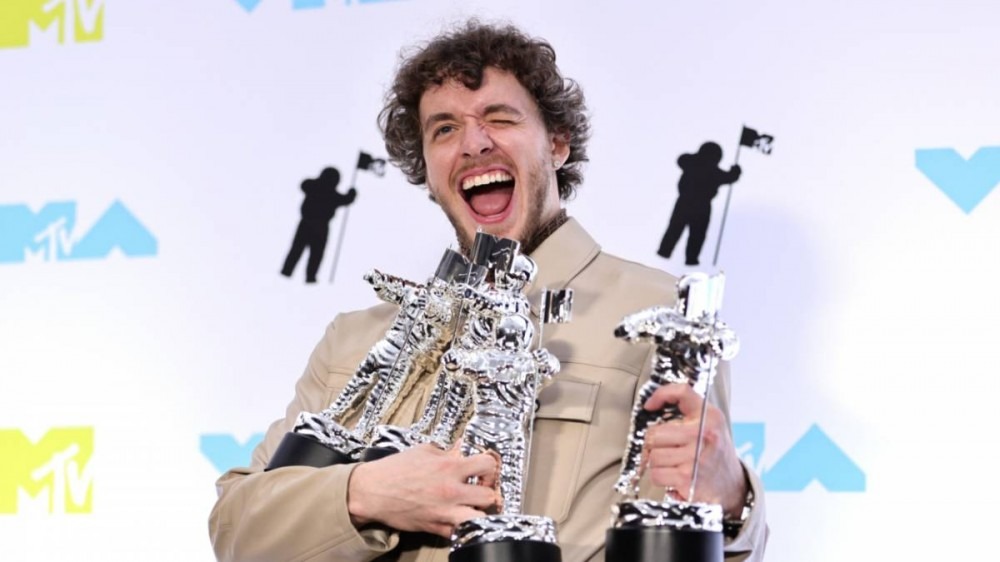 He was nominated in a further four categories, including Artist of the Year, Best Choreography and the coveted Video of the Year.

After the show, the 24-year-old hitmaker took to social media to celebrate his VMAs success. “4 PIECE,” he wrote on Instagram while sharing photos of him cradling his awards on the red carpet. Jadakiss, Lloyd Banks and Don Cannon were among those who congratulated him in the comments section.

He added on Twitter: “Happy as hell. My fans are the shittt. Thank you for everything.”

Happy as hell. My fans are the shittt. Thank you for everything.

Jack Harlow certainly made his presence felt at the 2022 MTV VMAs. Aside from being the night’s biggest winner, he co-hosted the ceremony alongside rap veterans Nicki Minaj and LL COOL J.

He also hit the stage to perform “First Class” with a surprise assist from Black Eyed Peas singer Fergie, whose 2006 hit “Glamorous” featuring Ludacris is sampled on the song.

“First Class” topped the Billboard Hot 100 earlier this year and is taken from Harlow’s sophomore album Come Home the Kids Miss You, which landed in May.

Elsewhere during the 2022 MTV VMAs, Nicki Minaj won the Michael Jackson Video Vanguard Award, as well as the Best Hip Hop award for her “Do We Have a Problem?” collaboration with Lil Baby. Doja Cat’s “Woman” took home Best Choreography, while the Best R&B Video award went to The Weeknd’s “Out of Time.”

Check out the full list of 2022 MTV VMAs winners here.