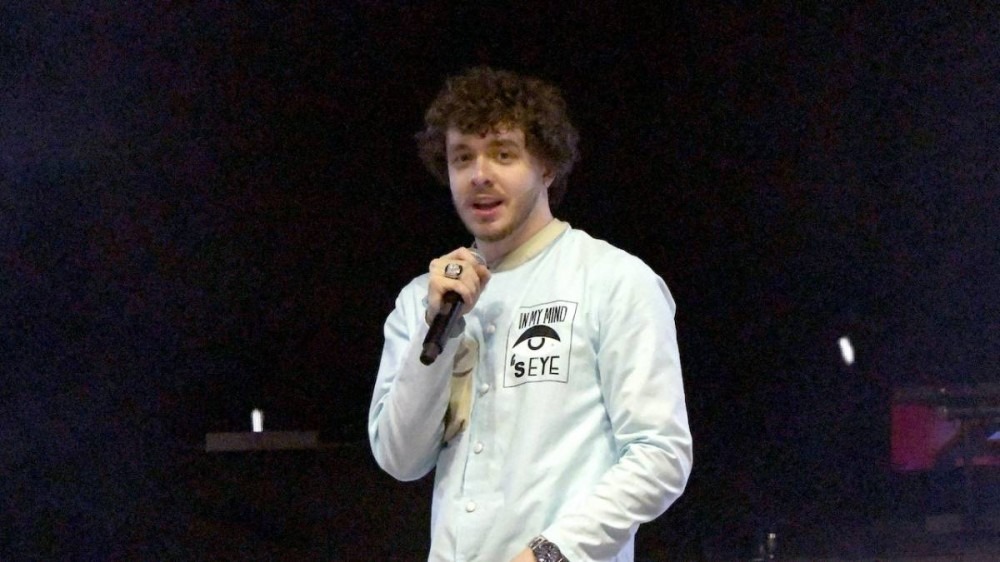 Jack Harlow is one of the leading names in the next generation of Hip Hop stars. His breakout year in 2020 elevated him to new heights, and his debut album That’s What They All Say debuted at No. 5 on the Billboard 200 chart giving Harlow his first top 10 album.

Although he’s enjoying all the success from his hard work, the Louisville rapper is in a culture created by Black people that looks at his race as culture vultures. Harlow has to be mindful of his position in the culture and how to maneuver it without being the topic of criticism.

During a recent interview with Yahoo, Jack Harlow reflected on his role as a white rapper and how his Black fans and peers accept him despite the shade that continues to be thrown at him over award nominations and album covers.

“I feel blessed to have a voice in this period because, one, I’m not a street artist, and two, I’m not Black,” Harlow said. “The only thing keeping me here right now is that level of authenticity, of being myself.”

Harlow credits the shift in Hip Hop music in the early 2010s where rappers like Odd Future and Mac Miller were inspiring fans to be themselves. According to him, if it weren’t for that shift, white kids wouldn’t feel comfortable being themselves and would have to be something they’re not to feel accepted.

“All of this stuff was coming into the fold and it had this energy surrounding it of, ‘We’re letting the white kids come to the party. We’re all in this together,’” Harlow added, reflecting on a conversation he had with his close friend Nemo Achida. “He feels like the country going into these new civil rights moments almost shifted away from, ‘Let’s have the white boy at the party.’ It became less about let’s all be diverse together and turned back into Hip Hop being, ‘It needs to be a Black genre.’ That’s just been the natural transformation of things, I think.”

Harlow took to the streets when protests broke out for Breonna Taylor’s murder, which also happened in the rapper’s hometown. He could’ve tweeted his support or posted a video on Instagram to denounce police brutality, but he knew that wasn’t going to be enough to call for justice for the Black community.

“The things I was doing last summer, any fans who didn’t feel like criticizing the police or were on the other side of things, I was going to weed them out,” Harlow added. “That could have been a moment for them to no longer be fans. But what is important is that I lead by example for all the white kids looking at me. This is what you do. You don’t just enjoy Black culture. You stand up next to Black people in a time of need.”