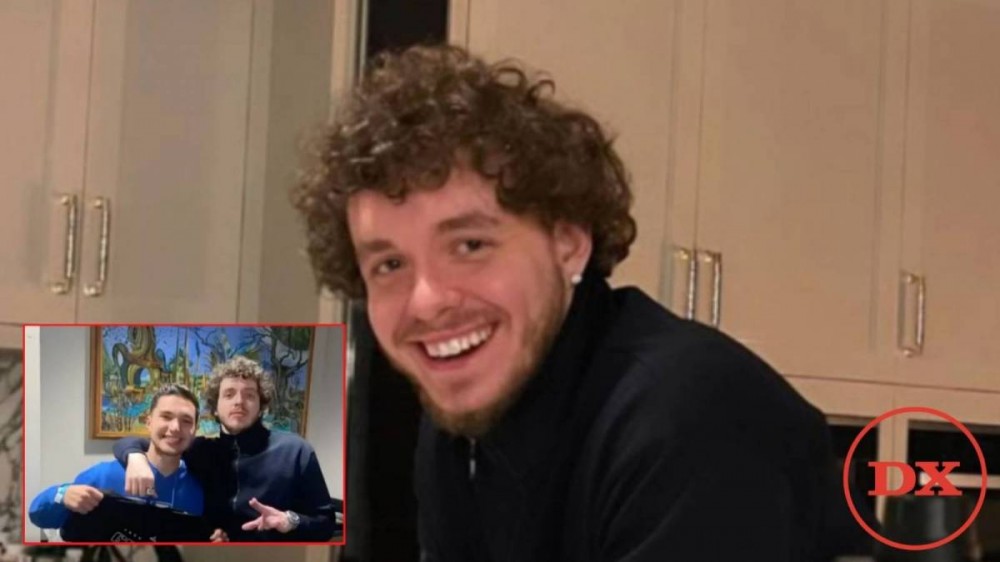 Birmingham, AL – A years-long fan of  Jack Harlow recently got his flowers from the That’s What They All Say rapper during his recent concert in Alabama.

In a TikTok video shared by the fan that DJ Akademiks reposted on Thursday (November 25), a clip of Jack Harlow addressing the crowd on stage with the throwback photo depicting the sparse crowd at his first show in Birmingham in the background ends with the “Best Friends” recognizing one of the concert-goers as an attendee who was apart of the original moment.

“Hold on, I want to make something clear,” Jack started off in the clip. “This was my first-ever show on my first-ever tour and it was in Birmingham, Alabama. I don’t know how well you can see it, or you can go on my Instagram — but there was probably 19 people in the building. I thought I was famous, I wasn’t. But, I just realized, that this man in the UK hoodie is right there. And he’s got the merch from the show. Make some noise for my man right here. I love you man thank you so much for sticking with me.”

Ending the night with a photo-op with the fan, the entire saga turned out to be a full-circle moment for Jack Harlow, who actually reflected on his first tour and that same show in a tweet earlier last weekend.

“This is a photo of me performing at the very first show on my first tour ever. I was in Birmingham, Alabama in January 2018,” Jack Harlow wrote next to a picture of him performing in front of about 26 people. “Tonight is the last show of the tour I’m currently on…and we are finishing in Birmingham. It’s sold out. Thank u.”

This is a photo of me performing at the very first show on my first tour ever. I was in Birmingham, Alabama in January 2018.

Tonight is the last show of the tour I’m currently on…and we are finishing in Birmingham. It’s sold out. Thank u. pic.twitter.com/UrEhxafqmo

It’s likely the days of Jack Harlow drawing anything less than a sold-out crowd for any of his tour stops are behind him, considering he managed to bring out the Billboard Artist Of The Decade, Certified Lover Boy rapper Drake, to his Toronto show earlier this month.