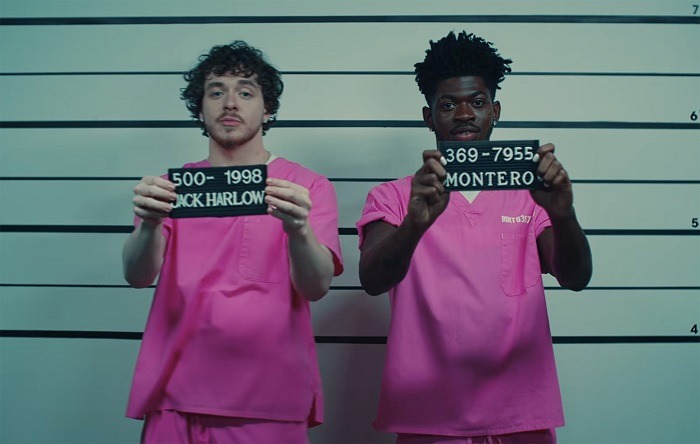 Jack Harlow can say that he has been having a good year. The “Tyler Herro” rapper teamed up with Lil Nas X earlier in the summer to hop on his single “Industry Baby.” The single, that came off of Lil Nas X’s first studio album, MONTERO gained the two artists over 50 million plays and peaked at #2 on the Billboard chart.

The last time Harlow got close to reaching the number one spot on the chart was with his single “What’s Poppin” which hit #2 that featured Lil Wayne, Da Baby, and Tory Lanez.

Harlow took to Twitter to announce the news, even though the artist says that he already saw this coming. “My first number one. I’d be lying if I said I didn’t see this coming while I was writing my verse,” he stated. “Thank you for having me @lilnasx. This song is something I am gonna be proud to be a part of for the rest of my life. As for what’s next…buckle up.”

Lil Nas X also took to Twitter to share his excitement on the number one single, “IT TOOK A FEW MONTHS BUT WE HERE! THANK U EVERYBODY! INDUSTRY BABY IS THE NUMBER 1 SONG IN THE WORLD! LESSSSSGOOOOOO!”

Congratulations to both Lil Nas X and Jack Harlow on their number one song, well deserved!