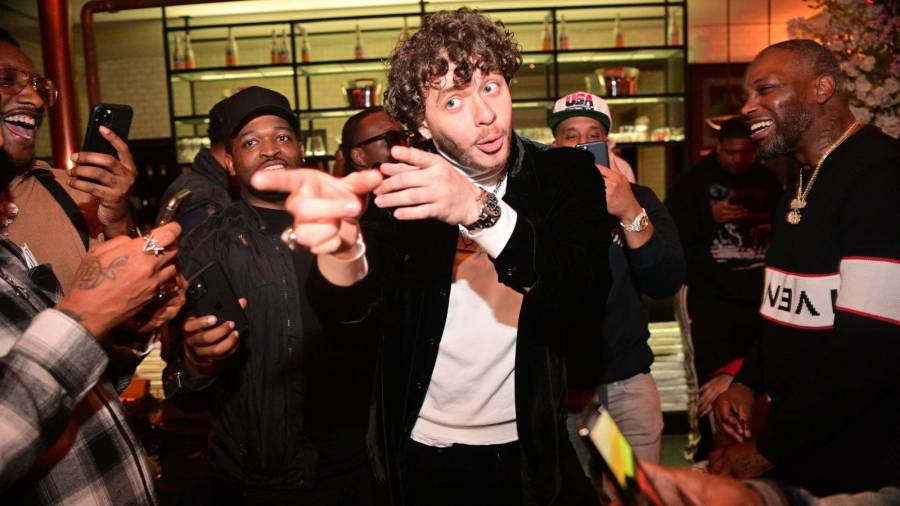 Jack Harlow found himself in the midst of controversy after he innocently shared a selfie with Lou Williams in the early days of quarantine. The Los Angeles Clippers player had permission to leave The Bubble for a funeral – not a strip club, where he was pictured with the “What’s Poppin” rapper – and the photo evidence that he hadn’t adhered to the rules resulted in Williams being forced into a 10-day quarantine.

It was a snowball effect from there, as he missed the first two games and soon after, the Clippers were eliminated from the playoffs. Among the backlash the entire team received was Freddie Gibbs, who took a dig on his verse on Benny The Butcher’s “One Way Flight.”

“Hoes get fucked and sent home early, just like the Clippers,” Gibbs raps.

Harlow initially denied the photo was current in an attempt to save face, tweeting that he’d simply shared a throwback picture because he missed the NBA star.

“That was an old pic of me and Lou,” he wrote in a since-deleted tweet. “I was just reminiscing cuz I miss him.”

But in a new interview with Spin Magazine, the Louisville native finally copped to it and revealed what went down behind the scenes.

“[Lou] called me like, ‘Don’t even fucking trip. I’m Lou. I don’t get in trouble,’” Harlow explained. “I was like well shit, you just gave me the pass to relax.”

Within a year, he was nominated for Rookie of the Year and Best Collab at HipHopDX’s 2020 Hip Hop Awards, grabbed the No. 2 spot on the Billboard Hot 100 chart with the “What’s Poppin” remix, and earned a Grammy nomination for Best Rap Performance. Clearly, the mishap didn’t hurt Harlow the way he was worried it would!