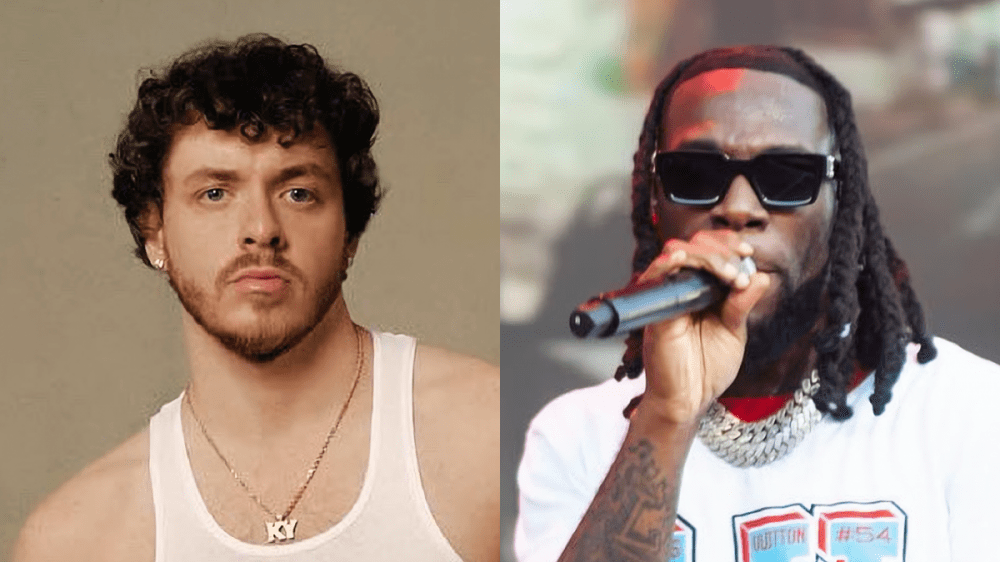 The Louisville, Kentucky rapper’s hit single “First Class” emerged victorious in the fan-decided category, beating out the likes of Beyoncé’s “Break My Soul,” Future’s “Wait For U” and Lizzo’s “About Damn Time.”

It was one of four awards Harlow collected on the night, making him the most decorated artist at this year’s VMAs. “Happy as hell,” he tweeted after the show. “My fans are the shittt. Thank you for everything.”

Despite not being nominated himself, Burna Boy seemingly threw shade at Harlow earlier this week when he posted a TikTok video showing a parade of people dancing to his song “Last Last” paired with a message that read: “When MTV says Jack Harlow has Song of the Summer.”

Taken from Burna Boy’s latest album Love, Damini, “Last Last” has become a staple at parties, concerts and on the radio. The Toni Braxton-sampling song peaked at No. 63 on the Billboard Hot 100 while enjoying chart success internationally.

The track has racked up over 70 million global streams on Spotify, according to Kworb, while its accompanying video has amassed more than 65 million views on YouTube.

Jack Harlow’s “First Class,” meanwhile, debuted at No. 1 on the Hot 100 in April, becoming his first solo song to top the chart. Taken from Harlow’s sophomore album Come Home the Kids Miss You, the song found early success on TikTok, gaining almost 30 million views before its official release.

This isn’t the first time Harlow’s success has drawn criticism. After earning three nominations at the 2021 BET Awards (Best Male Hip Hop Artist, Best New Artist and Best Collaboration), some questioned why he was recognized by a company named Black Entertainment Television over Black artists.

“Listen I fucks with Jack Harlow. But how is it that he got 3 noms but Lil Nas X got zero?” one fan tweeted. “So the BET Awards can recognize non black artists but not black queer artists? Ugh.”

“It’s really crazy how exceptional we have to be as oppose to other folks,” he tweeted. “They just need a C+ average basically. If that. We really have to talk about it at some point.

“Kendrick is fine. He’s been going hard at a high level from 04-2018 as far as output. He can take as much time as he wants. But he’s also experienced C+ artist get more acclaim and opportunity than his A+ efforts. Look at his first Grammy experience.”

He added: “I guess I wasn’t really clear here because a lot of ppl missed the point. Racism. Systemic racism. That’s the point.”