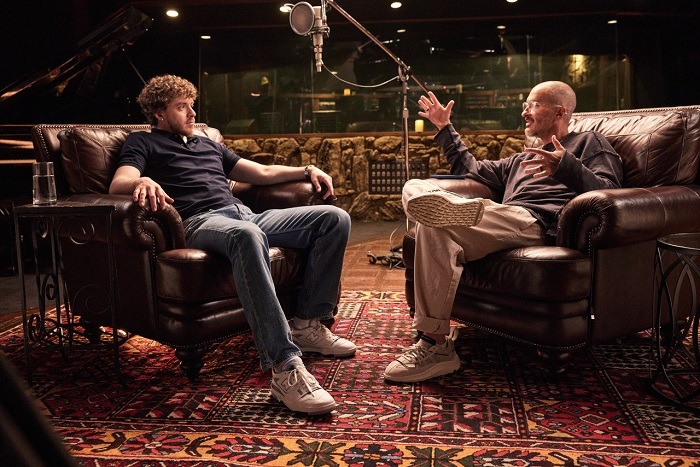 Jack Harlow has released his second album Come Home The Kids Miss You. During a visit to Zane Lowe on Apple Music 1 in promotion of the effort, Harlow revealed he is just studying and following the blueprints laid before him by JAY-Z, Drake, and Kanye West.

“We’ve had our talks. But more than anything, I just take notes from him [Drake] on his actions,” Harlow said. “He’s leaving a blueprint behind, you know what I’m saying? The same way Jay left a blueprint. Same way Ye left a blueprint. He’s creating a blueprint that you don’t have to… It’s not rocket science to follow. You can just see, okay, these are some great decisions. You just see it. And so I just pull from the playbook of all the legends where it resonates with me.

“Ye is a huge one for me, just resonates with me massively. I see what he did. But I think it all just comes from just being the route of just not being a street artist. Because it’s just something so traditionally street about this genre. And if you’re not street… I’m not the first artist to come through that isn’t that. And so inevitably I’m going to take notes. Any comparisons I see, it’s inevitable where there’s a cloth, you know what I’m saying? This is just what comes with it.”

Jack Harlow’s new album brings in Drake for a feature, along with Pharrell, Justin Timberlake, and Lil Wayne. You can tap into the new release below and look for the full interview video dropping this Saturday, May 7th at 8a PST on Jack Harlow’s YouTube channel and Apple Music.