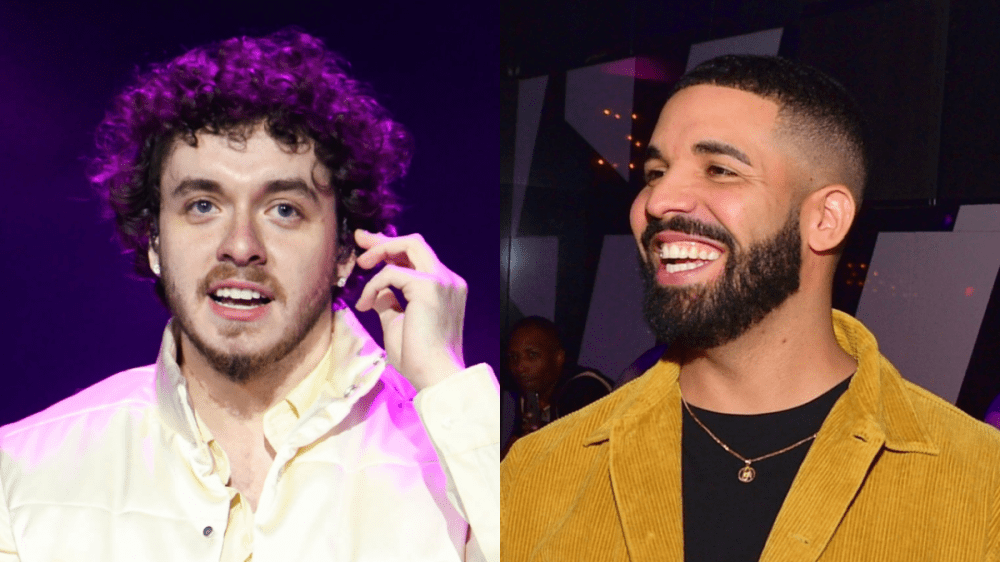 Toronto, ON – Jack Harlow has no shortage of famous fans, with Hip Hop heavyweights such as Eminem, Kendrick Lamar and Snoop Dogg having co-signed the charismatic Louisville, Kentucky native. But getting love from his idols is still a pinch-yourself moment for young Jack.

On Tuesday night (November 16), the 23-year-old rapper brought his headlining Crème De La Crème Tour to Toronto as he performed at History, the city’s brand spanking new 2,500-capacity venue that has backing from Drake and Live Nation Canada.

Halfway through his performance, Harlow spotted a familiar face in the sold-out crowd as he noticed Drake enjoying his show from the upper level. At the end of his set, the “WHATS POPPIN” rapper took a moment to acknowledge the 6 God’s presence, calling it “a dream come true” that his “idol” pulled up to his show.

“Tonight was a dream come true for me for more than one reason,” he told the crowd before signing off. “First off, you sold this bitch out. Second, I was halfway through my performance when I looked up and I seen my idol looking at me, man… Toronto, make some noise for the GOAT one time.”

Drake showed his appreciation for the shout-out by holding his hands to his chest and bowing his head.

Jack Harlow has made no secret of his admiration for Drake. During a recent sit-down with comedian Druski, he named Drizzy as his pick for the greatest rapper of all time. He’s also cited the 6 God as one of his biggest influences alongside André 3000, Lil Wayne, Eminem and JAY-Z.

The love is clearly mutual. In addition to catching his show in Toronto, Drake praised a video of Jack Harlow rapping as a kid that surfaced online earlier this year, commenting “Hardddddddd” on an Instagram post.

Kendrick Lamar also co-signed the video by liking it on Twitter, which was his first activity on the social media platform in two years at the time.

“So this is what it takes for the great ones to recognize my work?” Harlow joked.