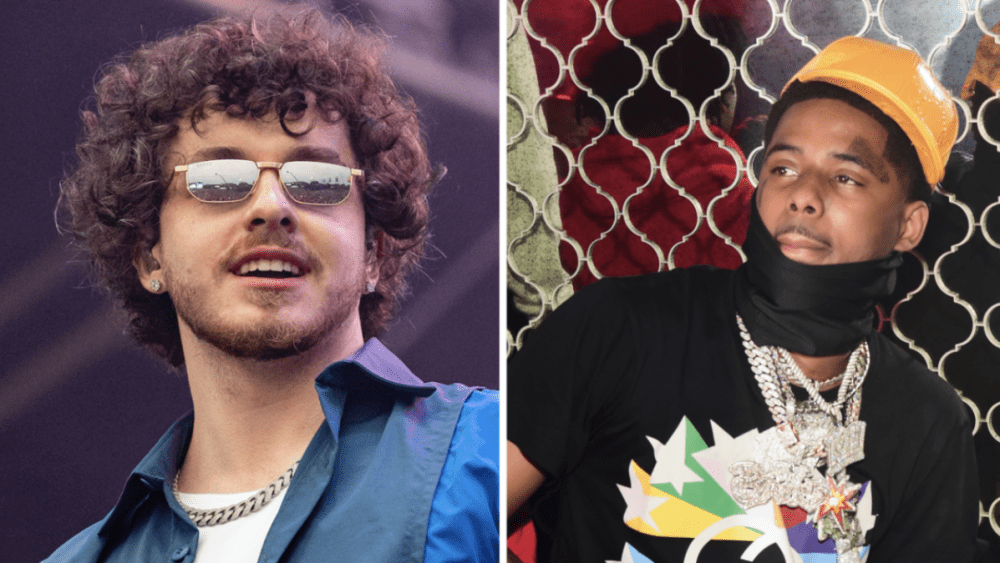 Jack Harlow’s winning streak continues on Tuesday (August 3) with his latest collaboration, which pits him alongside Pooh Shiesty for the menacing “SUVs (Black on Black).” Go Grizz and Smash David handle production duties, while Harlow takes the first verse before handing the baton to the incarcerated New 1017 rapper.

“Tryna go back and rebuild the hood where I was starvin’ at/And it’s a fact/You fuck with Harlow, I sent hollow bullets like a quarterback,” Pooh Shiesty closes his verse rhyming.

“SUVs” debuted on Apple Music and Zane Lowe caught up with Jack Harlow, who detailed how big a fan he was of Pooh Shiesty as they eventually became cool via Instagram DM, and that lead to them collaborating on the record.

“I had been listening to a lot of him,” said the Louisville native. “Right around when we made this song and he’s just one of those fresh voices this year, and I feel like he and I are just kind of rising at this similar time. We’re both hot artists and it felt like it made sense. I could hear his voice on it. I felt like it was a bop he could handle.

“You know, there’s certain beats you feel like only certain artists can get on, but this felt like something for him. I knew he would eat this, so it just made sense, and it felt organic because we had just started getting cool, and I had a record for him.”

Jack Harlow is gearing up to hit the road for his Crème De La Crème Tour which kicks off in Orlando on September 8. As for Pooh Shiesty, he will remain behind bars until trial on charges stemming from his involvement in a pair of Florida shootings.