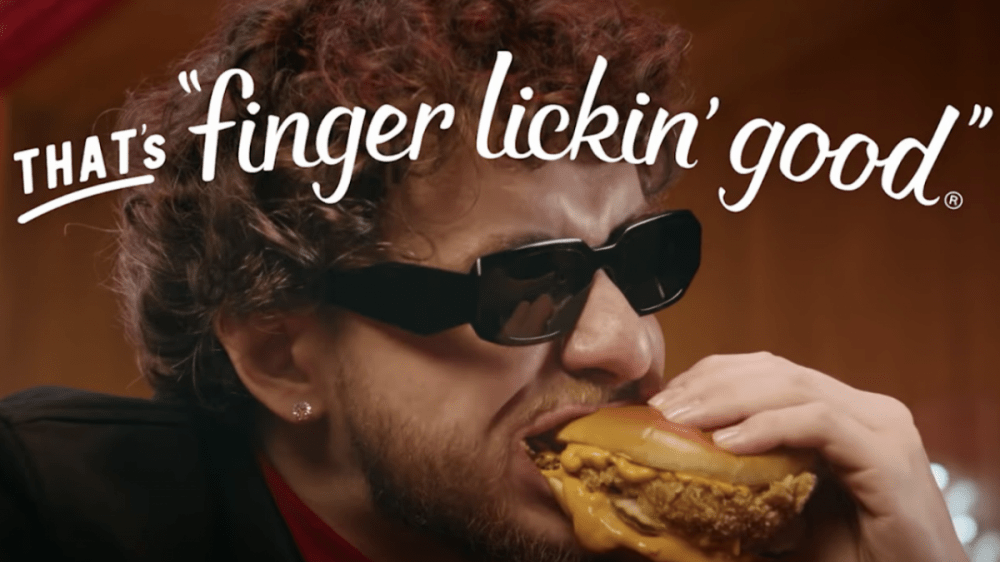 Being a Louisville-bred individual, a partnership with Kentucky Fried Chicken is only fitting for Jack Harlow. After being announced in March, the 24-year-old’s limited-edition celebrity meal is set to hit KFC locations across the United States starting on June 6.

“From releasing Come Home the Kids Miss You and now launching my own meal at KFC, I’m having a super blessed summer,” he said in a statement. “When KFC asked me to create my own meal, I knew it couldn’t be just any meal. My meal brings together my childhood favorites from growing up in Louisville, the KFC Mac & Cheese, with my new go-to Spicy Chicken Sandwich (with plenty of ranch), Secret Recipe Fries, and lemonade — it doesn’t get much better.”

The Jack Harlow Meal at @kfc will be released on June 6th 🤝 pic.twitter.com/aMgIUUH6tG

The Jack Harlow combo meal comes in special packaging catered to the “WHATS POPPIN” rapper and includes KFC’s Spicy Chicken Sandwich, secret recipe fries, mac & cheese, a side of ranch, and lemonade to wash it all down.

Back in March Missionary Jack was given a tour of the KFC headquarters in his hometown, where he received an exclusive behind-the-scenes look at the magic that goes into creating his favorite treats.

Harlow previously teamed up with KFC in December to donate $250,000 to the American Red Cross to help aid victims of the Kentucky tornado. Look for plenty more from the Jack Harlow and KFC partnership throughout the rest of 2022.

Watch the commercial below.