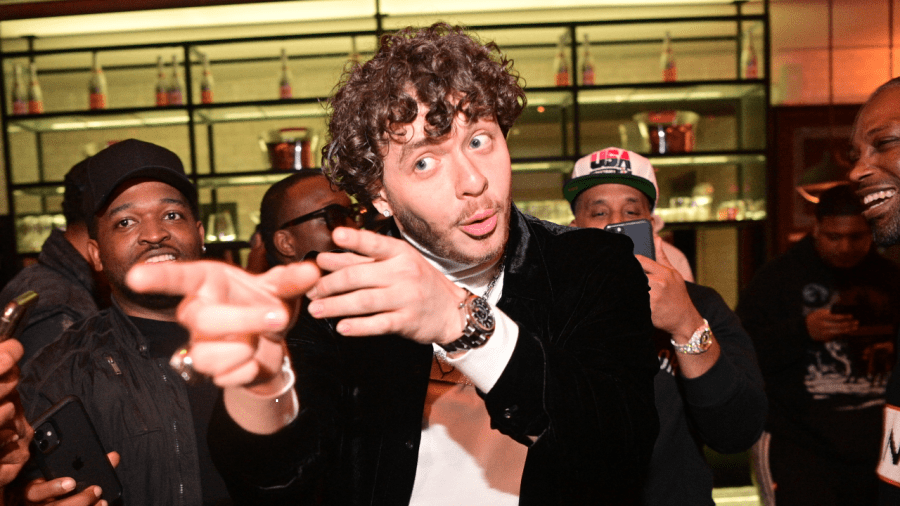 Jack Harlow got the opportunity of a lifetime when he linked up with New Orleans legend Lil Wayne for the remix to the Louisville star’s breakout single “WHATS POPPIN” last year. The record peaked at No. 2 on the Billboard Hot 100 and pushed Harlow into the spotlight.

Harlow is looking to achieve that same success with another legendary collaboration. During a visit to the Big Facts podcast with Big Bank and DJ Scream, Harlow revealed his rap influences were Drake, André 3000, Lil Wayne, Eminem and JAY-Z before saying he has a record on the way with one of those artists he named.

Jack Harlow during an interview said that his dream collaborations are with Drake, Eminem, Andre 3K, Lil Wayne & Jay-Z. One apparently is being done right now!

So he either worked with Drake, Eminem, 3 Stacks or Hov. Since he’s already linked up with Wayne. pic.twitter.com/wA6XxieowH

DJ Drama slyly said he knew nothing about the upcoming song, but Harlow gave him away when he revealed the iconic mixtape DJ set up the collaboration as he did with Wayne. DJ Scream then asked if the collab was with Drake or Eminem and if Harlow had spoken to all the people he mentioned. Harlow kept a tight lip on revealing who the song was with but spoke on who he’s met from that list.

“Out of the five I listed, I’ve talked to three, worked with one, about to work with the second one, but I’ve had convos,” Harlow said.

Jack Harlow has been getting a lot of love from fans and his label Generation Now. During an interview with The Breakfast Club last week, label founders DJ Drama, Don Cannon and Lake Sheezy tipped their hats to Jack Harlow for holding it down while his labelmate Lil Uzi Vert was going through issues with his label regarding the release of his music.

“Jack was evolving as an artist, and he was very outspoken,” Drama said. “When people were coming at us, Jack was like ‘These are my guys, and I wear the Generation Now flag proudly. I definitely have to salute him because when we looked crazy in public, he really stood next to us and was like these are my guys.”

Check out the full Big Facts podcast interview with Jack Harlow below!