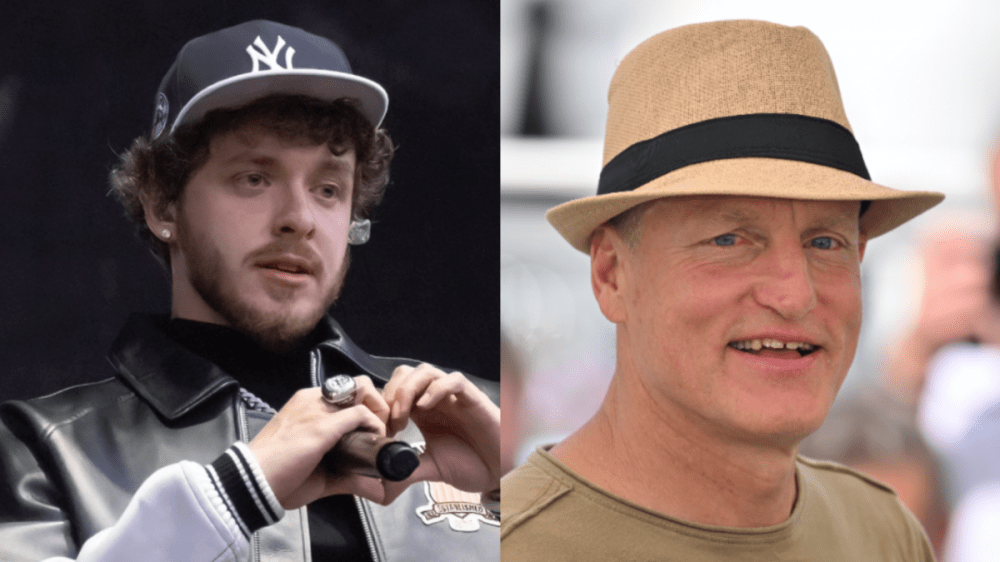 Jack Harlow is set to star as one of the main characters in the upcoming White Men Can’t Jump remake. During a recent interview with Yahoo, the three-time Oscar-nominated Woody Harrelson — who played Billy Hoyle in the original 1992 film — gave Harlow his blessing and revealed he thinks the reboot will be better than the original.

“I feel great [about it],” he said during a chat with Kevin Hart for their The Man from Toronto movie. “I think Jack’s probably gonna crush it. They’re gonna make a better movie than we made. I’m looking forward to watching it.”

Rosie Perez — who stars as Gloria Clemente in the original film — recently spoke to NME about the remake and how chemistry was key to their success on screen.

“I hope they get the chemistry back, the same chemistry [Woody Harrelson, Wesley Snipes and I] had,” she said in May. “We’ve remained friends throughout the years – not ‘Hollywood friends,’ but real friends who call each other and say, ‘Let’s hang out.’ The secret was in the casting, it’s the most fun I’ve ever had on a set and it’s undeniable that, 30 years later, that chemistry is still palpable.”

Earlier in June, Jack Harlow was spotted on the set of White Men Can’t Jump in Venice, California. Despite landing the iconic role, Harlow admitted he never actually saw the movie until the acting opportunity came up.

“Can I be honest,” he said at the Met Gala in May. “I was obviously familiar with it, it’s an iconic title and I’ve seen the movie poster, but I didn’t watch it until I got offered the role. I see why it’s a classic.”