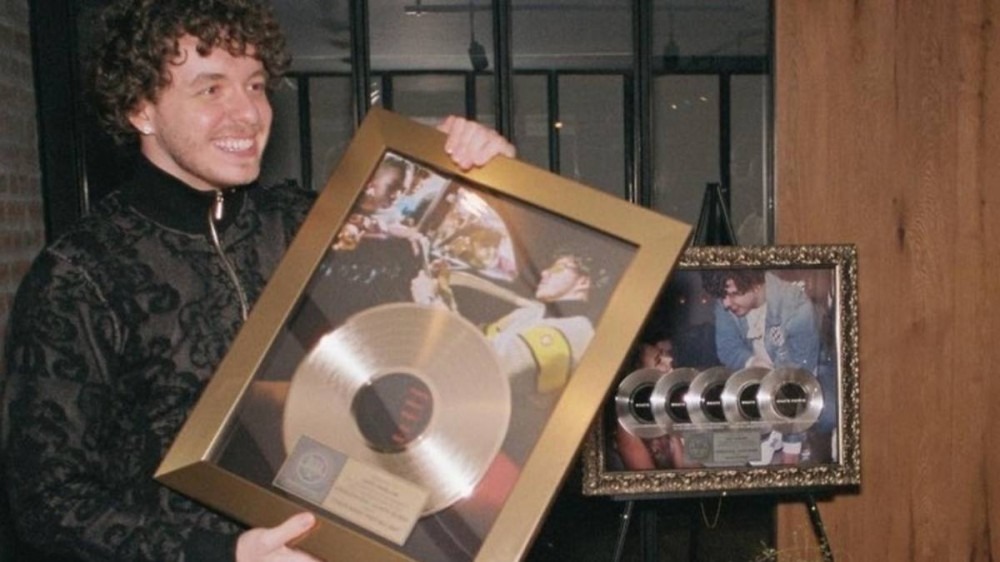 Success continues to mount for Jack Harlow following the release of his debut album Thats What They All Say.

While celebrating his hit single “Tyler Herro” going five-times multi-platinum, the Kentucky native also relished in earning a gold certification from the Recording Industry Association of America (RIAA) for his album.

In an Instagram post from Our Generation Music on Wednesday (April 7), Jack Harlow took a moment to hit Miami Heat guard Tyler Herro to floss his plaques and manifest the next level of forthcoming accolades for his body of work.

“And one other thing, just take a look” Harlow said to Herro, who howled with excitement when the camera focused on the awards — which picture the pair in the background.

“Oooh, what is that, gold, platinum?” Hero questioned before adding, “Oh my god, congrats my dog.”

“Gold, platinum right behind it,” Harlow said while adding, “Coming right up. Congrats to you, I can’t wait to get you one.”

As indicated on the call with Tyler Herro, one of the last accolades Jack Harlow has yet to receive for Thats What They All Say is a platinum certification for the album from the RIAA.

In addition to debuting at No. 5 on the Billboard 200 Chart, the lead single “What’s Poppin” helped Jack Harlow breakdown yet another barrier after earning the 23-year-old his first Grammy nomination for Best Rap Performance last year.

Revisit the stream for Jack Harlow’s That’s What They All Say album, featuring guest verses from artist such as Lil Wayne, Chris Brown, DaBaby and Big Sean, among others.