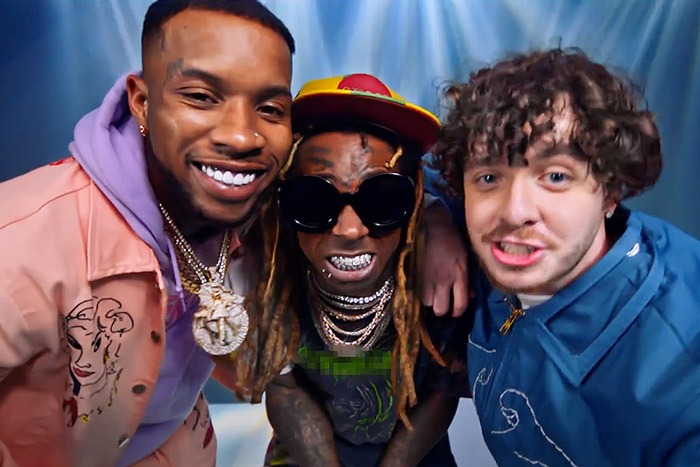 Before heading into the weekend, Jack Harlow drops off the video for the star-studded remix to “WHATS POPPIN.”

Shot in Miami, the Eif Rivera-directed clip stars Lil Wayne, DaBaby, Tory Lanez, DJ Drama, and JetsonMade, who produced the track with Pooh Beatz. Despite the lockdown, the rap all-stars were able to link up on the set. Tory jumps on silver couches, while Weezy delivers his spitfire verse while posted on the ceiling.

There may be another remix on the way. Earlier this week, Justin Bieber teased his own remix, which could drop later this month. “I need to see WHATS POPPIN hit number one though…” said Jack.

“WHATS POPPIN,” which appears on Jack’s EP Sweet Action, is currently No. 3 on the Billboard Hot 100. “‘WHATS POPPIN’ dropped at the top of this historic year and things haven’t been the same for me or the world since,” Jack said of his surprise hit. “I knew the record was special, but it continues to exceed my inner circle and I’s expectations.”