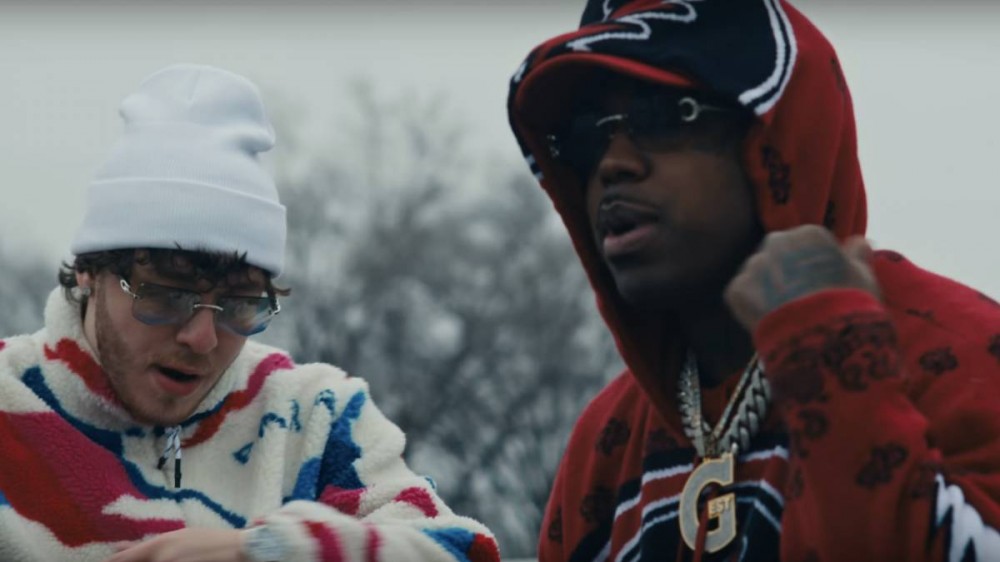 Louisville, KY – Jack Harlow continues with the promotion of his debut effort That’s What They All Say with the release of the EST Gee-assisted visual for “Route 66.” Filmed in their hometown of Louisville, Kentucky, the pair drive through the city with the top down on a winter day as the homies and a few women tag along for the ride.

In January, Harlow and Gee performed “Route 66” on on Kimmel , teasing what would be the fourth single off the album. It follows the 4x-platinum “What’s Poppin” with Lil Wayne, DaBaby and Tory Lanez, the Big Sean-assisted “Way Out” and “Tyler Herro.”

Lil Baby, Chris Brown, Adam Levine and Bryson Tiller are also featured on the 15-track effort, which debuted at No. 5 on the Billboard 200 with 51,000 album-equivalent units in December. Talking to HipHopDX shortly after its release, Harlow reflected on the statement it made as his debut.

“I think my mission was to prove that I couldn’t really be pigeonholed and put in a box,” he told DX. “That’s why you get such a range and depth to the styles and production because I wanted to show people I wasn’t just my one hit record and I wanted to show people that they didn’t have me right. They really got me fucked up. They really don’t know who I am or what I can do. You can’t pigeonhole me. You can’t put me in a box.”