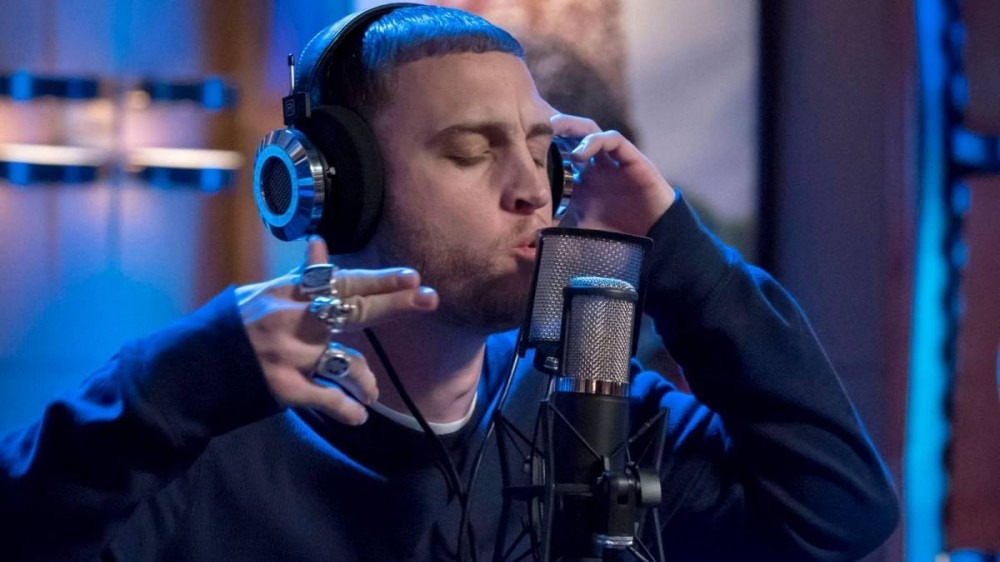 Tom Hanks is one of America’s most beloved actors. When he and his wife Rita Wilson were diagnosed with COVID-19 early last year as the pandemic was just beginning its rampage, Hanks’ fans rallied around the couple and prayed for a speedy recovery.

On Friday night (March 27), Hanks and Wilson’s 30-year-old son Chet Hanks (formerly known as rapper Chet Haze) started trending on Twitter after he declared it was about to be a “white boy summer,” begging the question — How is Tom Hanks this guy’s father?

In the clip, Chet looks at the camera with a straight face and says, “I just got this feeling man, that this summer is, it’s about to be a white boy summer. Take it how you want.”

He then brings up rapper du jour Jack Harlow and ’90s R&B singer Jon B., who was purportedly one of 2Pac’s favorite singers and co-wrote the 1998 collaboration “Are U Still Down?” featuring the slain rap legend’s last recorded verse before his death.

“I’m not talking about Trump, NASCAR type white. I’m talking about, you know, me, [R&B artist] Jon B., [rapper] Jack Harlow type white boy summer,” he continued. “Let me know if you guys can vibe with that and get ready, ‘cuz I am.”

I will never stop screaming pic.twitter.com/aJlwo1gbqm

The “white boy summer’ bit is a clear play on Megan Thee Stallion’s Hot Girl Summer, which comes from the 2019 song “Cash Shit.” After the phrase went viral, Megan capitalized on the moment and released a track of the same name in August of that year. Since then, Hot Girl Summer is nearly interchangeable with the Grammy Award-winning rapper.

But the racist undertones of Chet’s reimagination of the phrase didn’t sit well with social media and he quickly drew the ire of Twitter, especially considering he was once under fire for using the “n-word” in 2015.

Comments such as “Chet Hanks is proof that you can do everything right in the world and kids will still embarrass tf outta you and “Are we sure that Chet Hanks is Tom and Rita’s biological offspring? Something’s just not adding up” started flooding Twitter faster than Forest Gump could say Bubba Gump Shrimp.

Harlow has yet to react to the viral video, choosing to plug his Saturday (March 27) appearance on Saturday Night Live on both Twitter and Instagram instead. No word from Jon B. either.

Jack Harlow and Jon B looking at Chet Hanks pic.twitter.com/4EtVWSFpCs

Jon B watching Chet Hanks rope him in to some bs pic.twitter.com/MLHjbTKVGa

You will never convince me that Chet Hanks is anything but an elaborate prank designed by Hollywood execs to test the limits of Tom Hanks’ marketability. https://t.co/kml5K7RTHa

Tom Hanks when someone ask if Chet Hanks is his son pic.twitter.com/j9ffRg4JtL

What if Tom Hanks is really just like Chet Hanks but he’s such a good actor, he’s fooling us pic.twitter.com/mfNddzlDjP

Are we sure that Chet Hanks is Tom and Rita’s biological offspring? Something’s just not adding up. pic.twitter.com/2zXXZUsrme

Jon B when Chet Hanks said they’re about to have a white boy summer this year
pic.twitter.com/eig4CPztt7

Chet Hanks: I have a feeling it’s gonna be a white boy summer
Tom Hanks: pic.twitter.com/0X6tfOK989

🤔 I’m scared of Chet Hanks “White Boy Summer”. WTF does that even mean. Cause we have endured a white boys winter. pic.twitter.com/DE57T5QY88