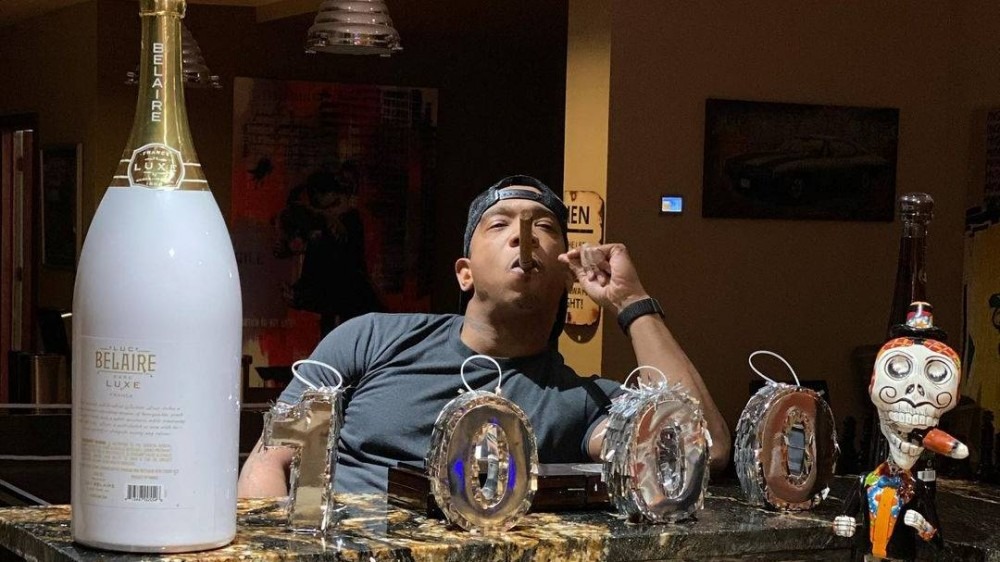 Ja Rule still isn’t over Fyre Festival and he doesn’t want anything in his home to remind him of the failed music festival he was apart of in 2017. According to TMZ, Ja has sold a Fyre Festival painting he commissioned for $2,000 for his New Jersey house to an anonymous buyer for $122,000.

The 48″ x 60″ oil-paint portrait features the Fyre Festival orange logo and was done by an artist named Tripp Derrick Barnes. Instead of seeking his asking price of $600,000, Ja Rule ended up taking $122,000 as a non-fungible token (NFT) to rid himself of the Bahamas festival’s stench so that “fresh energy could grow.”

“When I first had it made — I was energized — I had embarked on a new business — but then it became a symbol of what could have been,” he relayed in a statement to TMZ. “For me, it’s done and over with.”

The NYC native also left a not-so-kind message for the buyer that came with the painting, saying, “Fuck this painting.”

Ja was a co-founder of Fyre Media Inc. alongside Billy McFarland in 2016. McFarland remains behind bars following a six-year sentence on fraud charges related to Fyre Festival. The “Always On Time” rapper was cleared of any wrongdoing by the legal system and won’t be charged for his role in the disastrous festival.

While putting Fyre Festival in his rearview, the Murder Inc. veteran moved forward by graduating from Harvard’s Business School through an online program. He showed off his official certificate of completion in February.