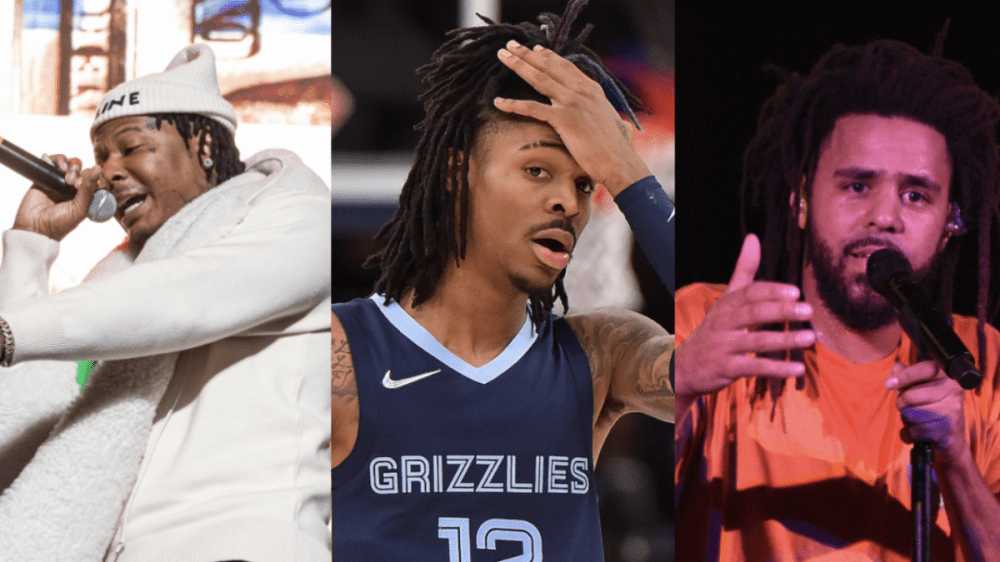 Rappers are always name-dropping their favorite NBA ballers in their rhymes and Memphis Grizzlies rising star Ja Morant has caught the attention of Hip Hop with his dazzling highlight-reel plays on a nightly basis.

The Grizzlies opened up a debate on Twitter about the best Ja Morant lyric from the likes of Moneybagg Yo, J. Cole, Money Man and Lloyd Banks. Morant quickly ended the discussion on Wednesday (January 19) by giving his personal favorite vote to Moneybagg Yo’s “Rookie of the Year.”

rookie of the year

“Strategic how I move, I just treat it like chess (On point)/Team Morant, the Grizzlies on my Mitchell & Ness (Straight from Memphis),” Big Speaker rhymes on the YC-produced track celebrating Ja Morant’s 2020 Rookie of the Year Award.

The pair has become good friends since Morant joined the Grizzlies and Moneybagg Yo was there to show him that Memphis hospitality. The two have starred in a Nike Basketball commercial together and spoke at the 2021 Billboard R&B/Hip-Hop Summit in August.

They were actually connected by former Memphis Grizzlies star Zach Randolph who told Bag to tap in with Morant when he was drafted in 2019.

“I’ve been on Bag for a minute and even put some of my homies back in college on him. When I got drafted here, I actually think I posted one of his songs and I tagged him and then I seen the message that he was welcoming me to the city.”

The respect is mutual on Moneybagg Yo’s end as well.

“Once I got in tune with bruh, I was always zoomed in like, ‘He’s a real problem.’ But you got people like Pooh Shiesty and them, Pooh Shiesty been put me onto his highlight reels in college… He take pride in the game like I take pride in music… Like, me and Ja together doing this, you got sports and you got Hip Hop, you got entertainment. On both sides you can’t stop us, we on top.”

Ja Morant is having a breakout season leading the Memphis Grizzlies to a record of 31-15. The 22-year-old is the betting favorite for this season’s Most Improved Player Award and is currently averaging nearly 25 points a game with seven assists and six rebounds.