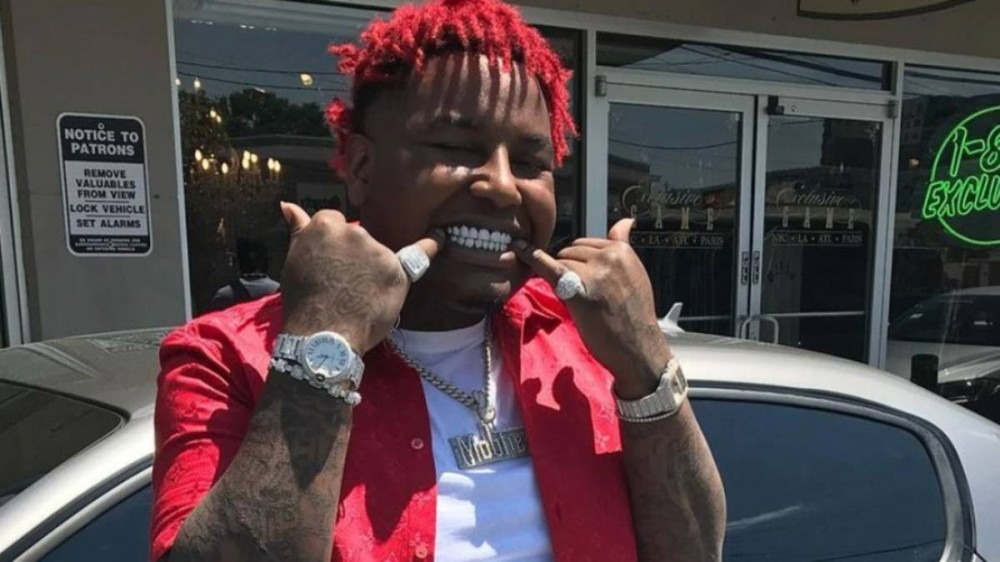 Harvest, AL – Rap-A-Lot Records signee HoneyKomb Brazy is apparently living in hellish conditions after the Alabama rapper had his probation was revoked and he was sent back to jail to serve a 15-year sentence.

In an Instagram post on Wednesday (November 24), HoneyKomb Brazy posted a photo with text featuring his horrendous account of mistreatment at Limestone Correctional Facility, where he is serving the remainder of his sentence for being charged as a felon in possession of a firearm.

“This shit Brazy, nigga then took all he can take,” HoneyKomb Brazy wrote in the post caption. “Nigga will rather die than live like this fr #LongLiveGeorgeFloyd.”

He continued to describe his experience thus far in the lengthy post, alleging “racism,” is to blame for what he’s already undergone.

“I’m at Limestone correctional facility, I been here 9 days and they shook me down five times already,” he started off in the message. “This is a racist camp and the polices been calling me out my name and calling me all types of niggas. I’m in lockup right now with no disciplinary write up or no explanation.”

HoneyKomb Brazy also detailed a disturbing occurrence involving correctional officers, explaining how they woke him up in the wee hours of the morning and proceeded to abuse him.

“I ain’t really complaining about my situation, but I do wanna bring awareness to my family and fans on what’s going on,” he said. “They woke me up at 2am this morning and strip-searched me and threw me in lockup cell with no mat, blanket or nothing and mad me sleep on the floor. I said that to let everybody know I ain’t finna keep going for this shit.”

Expressing how at his witts end he is, HoneyKomb Brazy also revealed how previous traumas from his past are causing his mental state to deteriorate.

“I been laid back trying to make it home to my family and see this bigger picture but I still got my grandma and grandpa and all type of other shit on my mind,” he wrote. I ain’t finna keep going for this shit no more, they probably gon run in here when they see this post and jump on me. They might kill me or I might make it out but I ain’t going for it no more so I’m just letting everybody know.”

Plenty of HoneyKomb’s rap buddies tapped in the post comments to show their support, such as HipHopDX 2021 Rising Star Yung Bleu, who promised to rally the legal troops for the “Dead People” rapper.

“I’m fenna find out we’re u at brother fenna have my lawyer follow up ASAP,” Bleu wrote in his comment.

After he was put on probation last year in November after serving 18 months, HoneyKomb Brazy’s grandparents, Tony and Leila Lewis, were found dead in the remains of a house fire. A police investigation later discovered Leila was shot in the head before the blaze started.

There is somewhat of a silver lining in the unfortunately tragic story though, as a report from WKRG suggests one of the suspects believed to be involved with the murder of HoneyKomb Brazy’s grandparents was also arrested on drug charges earlier this year.