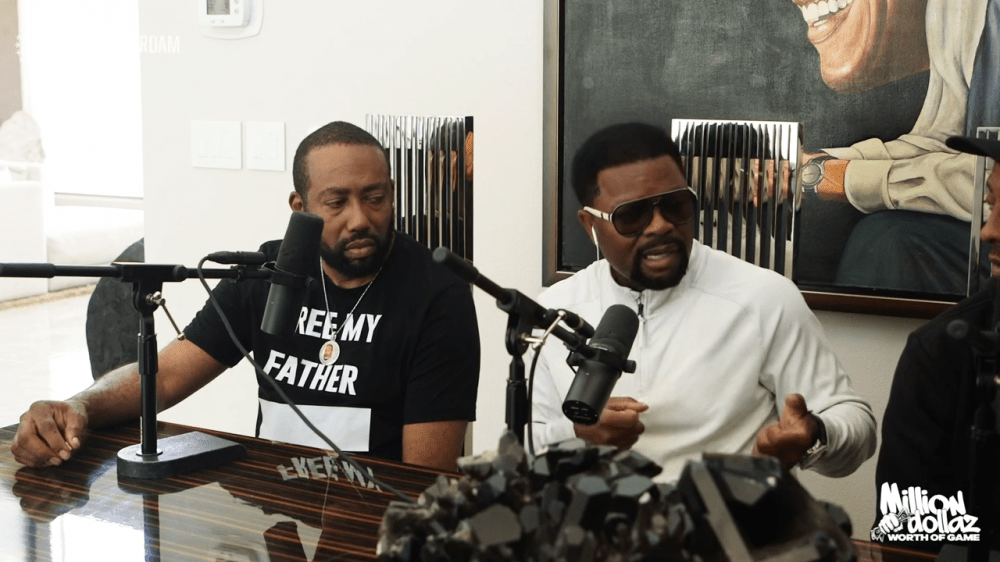 J. Prince spoke out against recent actions by Wack 100 during a visit to the Million Dollaz Worth of Game podcast.

The rat that J. Prince is referencing is Tekashi 6ix9ine, who Wack 100 has aligned with for management. Later in the conversation, J. Prince would call Wack a rat as well.

“What be real cold about it is, some people get lost along the way, and they’ll roll off a cliff with Officer Rat 100,” J. Prince added. “I don’t like the shit, man. I’m gonna calm down and let y’all talk. I don’t believe in using a rat. Some niggas call ’em punks. I remember calling ’em sissies. He like a sissy to me. He’s a sissified nigga to me. Just for the record, I don’t want all the smoke that one talking about. I know how to put all that out.”

J. Prince would then double down on his sentiments, sharing the clip of his comments on Instagram and letting off another set of words:

“Quit screaming piru officer rat 100, they don’t claim you rat. You’re a club house gang banger with two members that can’t walk in your own hood.

My brother Larry Hoover has been locked underground in inhumane treatment for 26 years and this clown is working to stop him from living above ground in freedom. The true definition of a bad seed at birth.”

@jprincerespect when you use the word #Rat you gotta have the paperwork. While your Cappn on my name I think you need to call Pest control on somebody tied to your name ‼️ #SealedFiles Naw can’t expunge in 2 yrs takes 5 yrs after ya off paper. This seal means 1 or 2 things . R for Rat or R for a Rape either one clean ya DNA up Partna . #Coward hides behind men but won’t face me.

Wack’s message led to J. Prince Jr. hopping in, “I had a gun case and did time for it. What I do tell on myself weirdo lol stop the bullshit, your too old for this.”

You can see all the madness below.