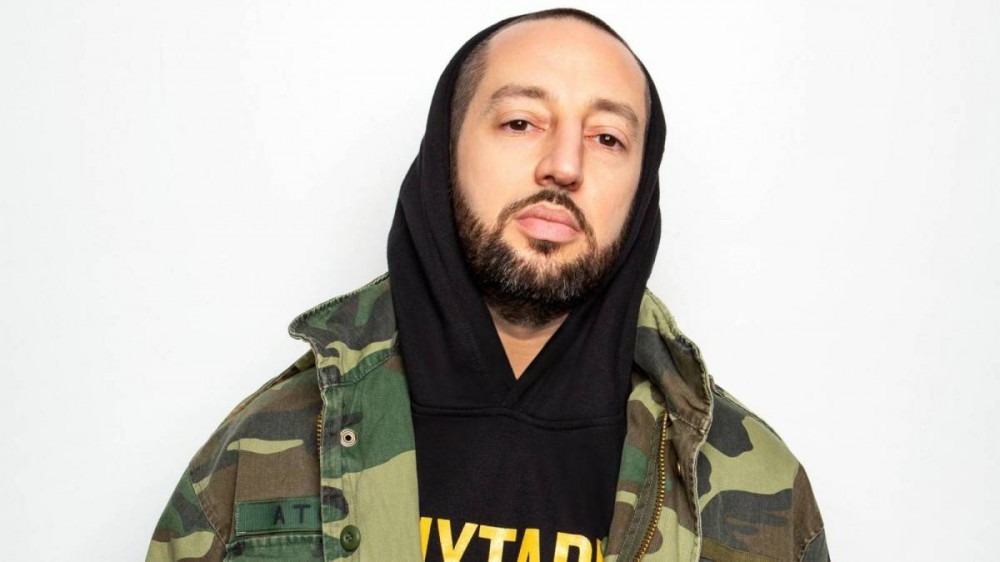 Mixtape king J. PERIOD has been pumping out Hip Hop masterpieces for over two decades but never put out an official solo album — until now.

“This album has taken nearly five years to complete, so it’s definitely not like I scripted it for this moment, but it has certainly been an aligning of the stars over the last six months to make it feel like now is the right time,” J. PERIOD tells HipHopDX. “When I started, I had this vision of creating a musical storybook in the spirit of the mixtapes I produced, but I had no idea how far I could push the envelope until I dove in.

“The result is pretty incredible, and definitely took a powerful mixture of hard work, persistence, and in many cases, patience, to bring it to life.”

When creating Story To Tell, J. PERIOD wanted to recruit some of the best storytellers in Hip Hop culture to help paint his vision.

“Chappelle is unquestionably one of our generation’s greatest storytellers, Lin-Manuel redefined storytelling on Broadway with Hamilton, Black Thought is one of Hip Hop’s greatest and kicks off the album telling the story of how I drove to Yellow Springs [Ohio] to connect with Dave,” he explains. “Other songs like ‘Globetrottin’ with Masego and ‘All In Your Head’ with Tiffany Gouché, derive from real stories.

“’Globetrottin’ grew out of an actual game of basketball I played with Masego; ‘All In Your Head’ has an amazing backstory as well, with Tiffany recording vocals at 5 a.m. in Jazzy Jeff’s sunroom. There’s a story behind everything. Even the cameos are artists who have played a key role in my own story. Bobbito is one of the DJ’s who inspired me when I first moved to New York; Crazy Legs and Rock Steady Crew embraced me very early in my career. Story To Tell is a collection of stories but also doubles as a nod to my own story and how I got to this point.”

J. PERIOD’s journey has been peppered with surreal moments. When he initially met Dave Chappelle, he was blown away when the iconic comedian told him he was already a fan of the 2008 mixtape J.PERIOD X Q-TIP THE [ABSTRACT] BEST.

“I first met Chappelle about two years ago through Jarobi from A Tribe Called Quest,” he remembers. “As it happened, it was the night before The Hamilton Mixtape hit No. 1 on Billboard, so it was a stellar introduction already, but when Jarobi introduced me, I was astonished to hear Chappelle’s response, ‘J.PERIOD — you created my favorite Q-Tip mixtape!’

“From that moment on, I started daydreaming about collaborating with Dave and that’s where this all started. It took almost a year and a half from that moment before the opportunity arose to actually record him, and even then it required a crazy leap of faith; driving 9 hours from New York to Yellow Springs during the middle of a pandemic to record him. It really has been a magical journey.”

J. PERIOD has released dozens of mixtapes throughout his career, but it took a special talent to attract the attention of his Hip Hop heroes. In 2019, J. PERIOD teamed up with a slew of artists for The RISE UP Project, which included Pharoahe Monch, De La Soul’s Posdnuos, Xzibit, Maimouna Youssef, Sa-Roc, Joss Stone, Aloe Blacc, dead prez and Black Thought.

“His research was phenomenal,” M-1 of dead prez told DX at the time. “He started doing mixtapes for some my favorite artists like Lauryn Hill, Mary J. Blige and The Roots. After that, he asked me to be a part of one that he was putting together and that was the first time we actually worked together. I found him to be more than a mixtape DJ. He was more like a producer-curator.”

While J. PERIOD might have the mixtape formula down to a fine science, he wanted to curate Story To Tell a bit differently.

“I feel like every step of my career has led to this moment, so while this project builds on the same idea — mixing music and stories — I took a completely different approach to the task: it was much more of a collaborative effort,” he says. “My early work with Lauryn Hill, Big Daddy Kane, Nas, Q- Tip and The Roots was primarily me in the studio working solo, shaping and molding materials on my own. The Hamilton Mixtape was a deeply collaborative endeavor and that unlocked a new level of possibility for what I do.

“When I started this process, I spent countless hours in the studio trying to imagine what a J.PERIOD album might sound like and not really finding the right sound. Where things unlocked for me was in realizing that, in order to do this right, I was going to have to push outside of my comfort zone, trust the process and truly collaborate.”

So, J. PERIOD kept his bags packed and made it a point to travel around the country, working with a collective of artists, musicians, engineers and co-producers “in order to unlock the full potential” of the ambitious effort.

“That’s where this album became magical,” he concludes. “I owe much to Jazzy Jeff and the Playlist Retreat for introducing me to so many of my collaborators on this album.”

Check it out above.