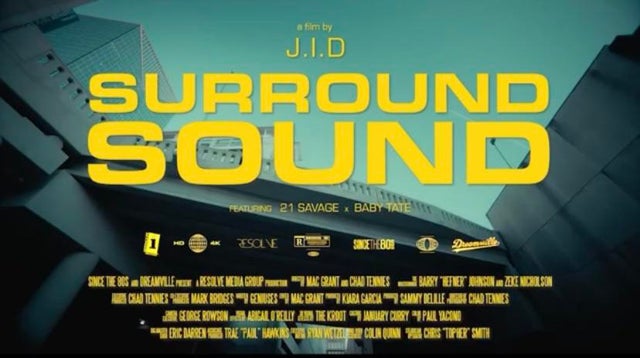 Add J.I.D.’s name to the list of rappers who are dropping new music at the end of the week. Yesterday the Atlanta artist announced that his new single, “Surround Sound” featuring 21 Savage and Baby Tate will be here on Friday.

He took it to Twitter to break the news with a 45-second video clip the “Surround Sound” preview.

The Dreamville hot spitter is building off his recent success with his collaboration with Imagine Dragon. Imagine Dragon’s song “Enemy” featuring J.I.D. is the theme song for the popular Netfilx series Arcane and is No.1 on Billboard’s Top TV Songs charts.

Prior to announcing his new sing “Surround Sound,” Conway The Machine featured him on “Scatter Brain.”

Fans are still waiting for J.I.D. to drop his Forever Story album, maybe “Surround Sound” will be the leading single.