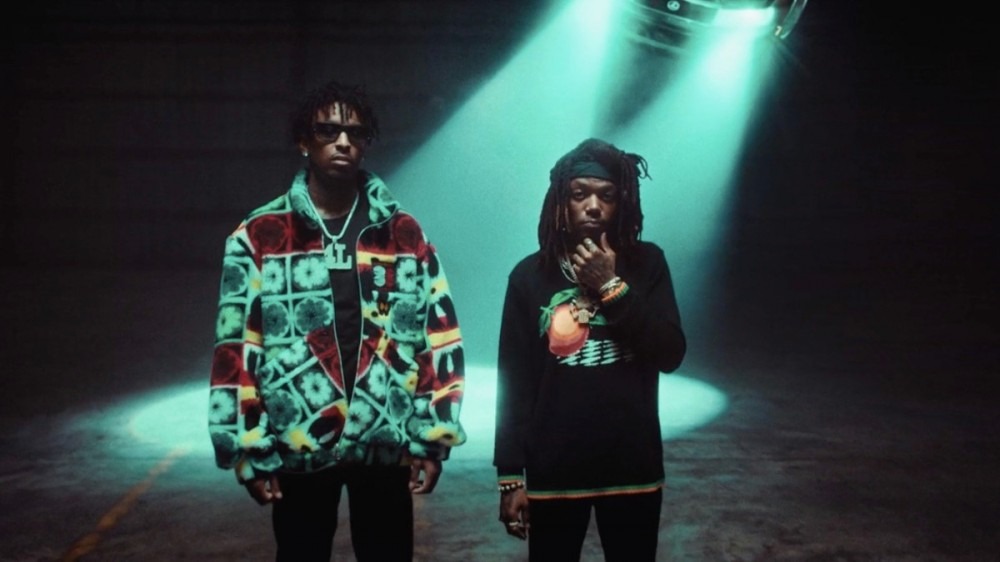 Until J.I.D drops The Forever Story album, fans will have to settle for his new “Surround Sound” video. When the year started, the Dreamville rapper promised new music and he delivered.

The video “Surround Sound,” directed by Mac Grant and Chad Tennies, features fellow Georgia natives 21 Savage and Baby Tate and it shows all three artist performing in a garage.

The video begins with J.I.D jumping inside an empty old school car and once the engine starts, the party begins. The inside of the car all of is all of a sudden filled people and has the music blasting.

Beside turning up in the whip, J.I.D turn up with a few ladies whiles he’s rapping as well. 21 follows up by rapping his verse standing next to J.I.D and Baby Tate sings her vocals while laying on top of the car.

After Baby Tate’s verse, the “Surround Sound” transitions into part two of the video. Mac Grant and Chad Tennies shot the second part in black and white, and J.I.D is just spitting bars all throughout a weird looking house.

Again, although J.I.D is yet to drop is highly-anticipated The Forever Story album, we can still expect a lot from the Dreamville artist this year. He recently announced that he’s be performing at the 2022 Coachella music festival, now we new music. Watch his “Surround Sound.” video below.