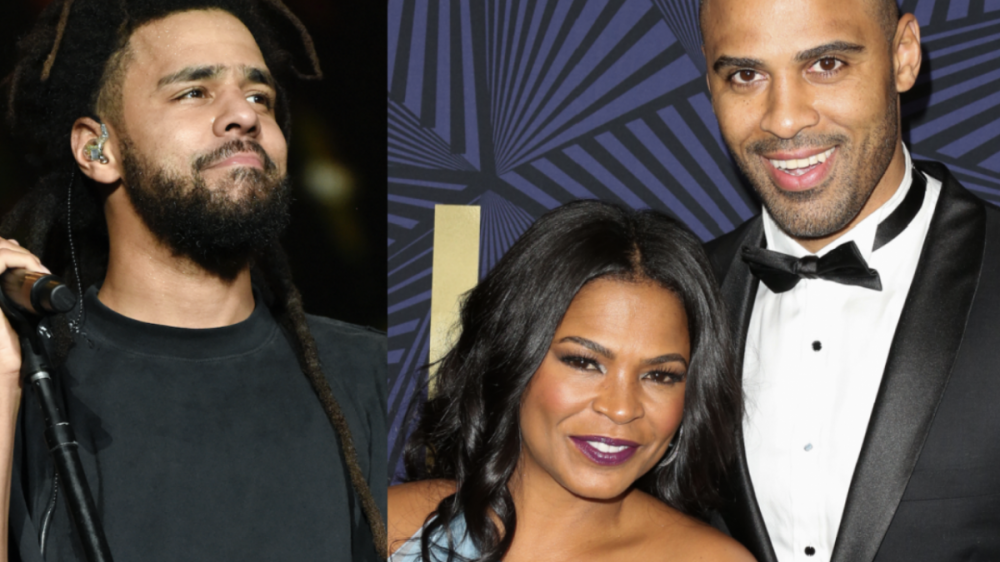 J. Cole woke up to his name trending on social media for an unexpected reason on Thursday morning (September 22) thanks to an old lyric crushing on actress Nia Long.

The Athletic‘s Shams Charania dropped a bombshell shortly after midnight when he reported Long’s fiancé, Boston Celtics head coach Ime Udoka, allegedly “had an improper intimate and consensual relationship with a female member of the team staff.”

Udoka, who took charge of the Celtics in June 2021, is “likely” facing a season-long suspension from the team for violating the organization’s guidelines, ESPN’s Adrian Wojnarowski reported.

Udoka and Long have been engaged since 2015 and have one child together, Kez Sunday Udoka, who was born in 2011.

Celtics coach Ime Udoka had an improper intimate and consensual relationship with a female member of the team staff, sources tell @TheAthletic @Stadium. It’s been deemed a violation of franchise’s code of conduct.

As news of the cheating scandal quickly circulated online, J. Cole saw his name get thrown into the mix thanks to his line referencing Nia Long on “No Role Modelz,” from his 2014 Forest Hills Drive LP.

“J Cole in Nia Long’s DMs rn,” read a tweet from Barstool Sports, while another fan noted: “J Cole rapped about Lisa Bonet, Nia Long and Jada. Jada cheated, Lisa left Jason, and Udoka cheated on Nia. suddenly his dream women all have problems in their relationships…sus to me.”

🫤. suddenly his dream women all have problems in their relationships…sus to me.

Nia Long actually reacted to Cole’s name-drop during a 2016 interview with the late Larry King, and she didn’t exactly close the door on his attempts at a courtship.

“He’s really not too young, he just doesn’t know it,” she teased.

J. Cole himself has yet to publicly react to the scandal, but as a huge hoops fan, he may well have heard the news. Celtics Assistant Coach Joe Mazzulla is expected to take the reins in the interim ahead of the team’s training camp next week.

“No Role Modelz” peaked at No. 36 on the Billboard Hot 100 — the highest-charting song from 2014 Forest Hills Drive — and has been certified 6x platinum by the Recording Industry Association of America (RIAA).

In April, the track became the longest-charting entry on the U.S. Spotify chart after logging 2,274 days. Check out more reactions to the Ime Udoka-Nia Long story below.

Someone said this is J. Cole finding out Nia Long is now single 🤣pic.twitter.com/22s7jmDipL

“My only regret was too young for Nia Long”

J Cole in her dms at 37 and also a baller. pic.twitter.com/KXlSINIm4U

J. Cole, today could be the day you have no regrets. You are still not too young for Nia Long

You cheated on Nia Long?!
Somebody call J Cole and get the strap! 😤

Hey Nia, how did the J Cole verse go? “My only regret, too young for Nia Long” or something like that? But age ain’t nothing but a number. When you’re ready, I’m here for you to reach out, you deserve better than entanglements.