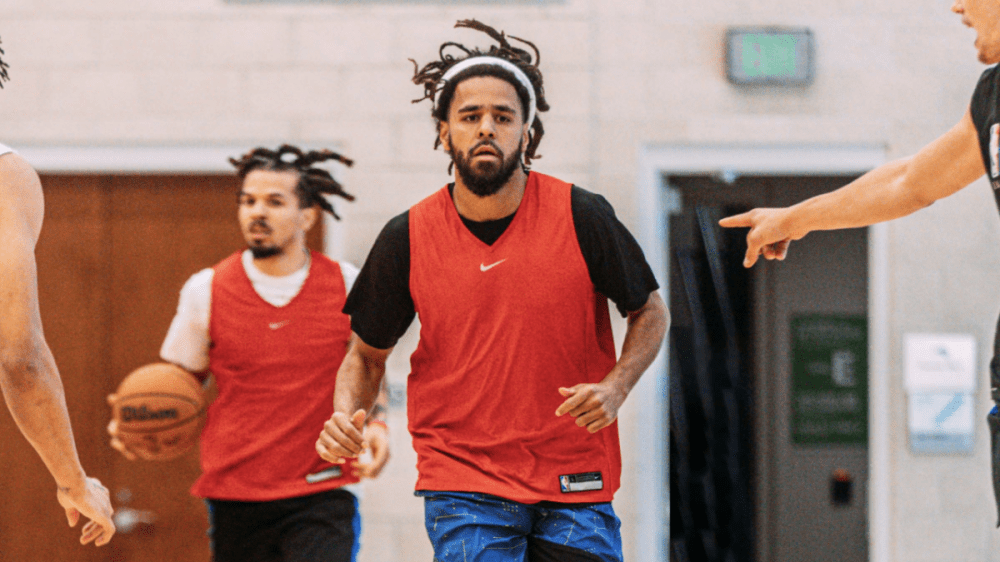 Orlando, FL – Following his three-game stint with the Rwanda Patriots BBC in May, J. Cole got some run on the basketball court during an off-season workout with the Orlando Magic this week.

The Orlando Magic took to their Twitter account to post a couple of photos of Cole working out in a scrimmage with the team as a special guest ahead of their official training camp opening next week for the 2021-2022 NBA season.

Magic big man Mo Wagner can be seen pointing to Cole as if he’s saying he’s going to be picking him up on the defensive end while New York native Cole Anthony pushes the ball up the floor behind the Dreamville leader as the team’s point guard.

Even at 36 years old, J. Cole isn’t giving up on his hoop dreams. The Detroit Pistons reportedly gave Cole a tryout prior to last season and the Puma ambassador suited up in the Basketball Africa League in May.

It also isn’t a surprise to see J. Cole hooping with NBA players as he’s often spotted playing with the best the league has to offer in the off-season when he’s in NYC.

During his three-game stint with the Rwanda Patriots, the North Carolina native finished with a stat line of five points, three assists and five rebounds in 45 minutes coming off the bench.

“Thank you to @thebal and to @patriotsbbc for the opportunity,” he wrote after departing from the team. “Thank you to my teammates, the coaches and staff for treating me like family. I learned so much in the few weeks we were together.”

J. Cole returned to the music scene on Tuesday night (September 21) with the release of his “Heaven’s EP,” which finds him ruminating over the instrumental to Drake’s “Pipe Down.”