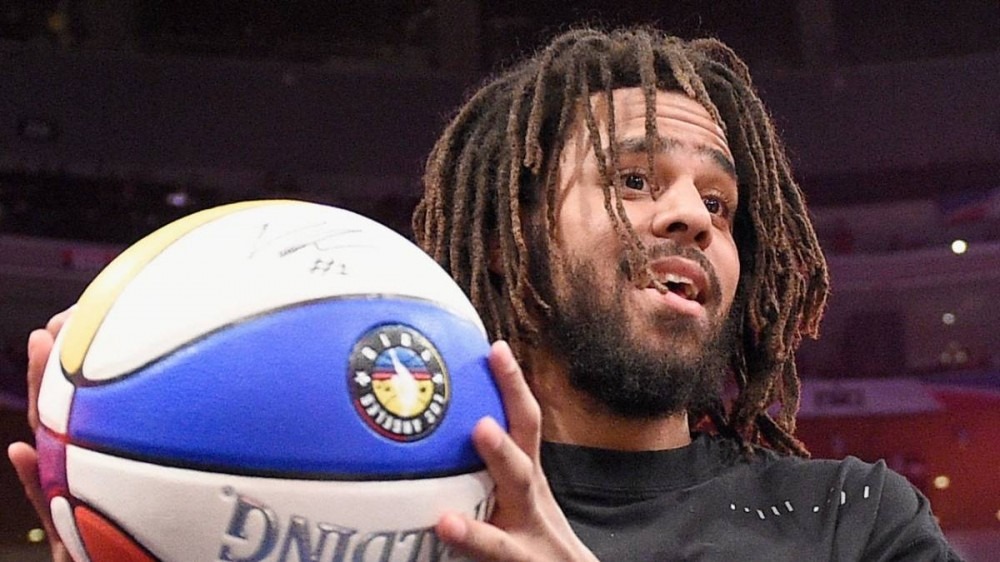 Ontario, CAN – J. Cole made his debut in the Canadian Elite Basketball League for the Scarborough Shooting Stars on Thursday (May 26). The Shooting Stars dropped their opener in the Royal City to the Guelph Nighthawks by a score of 89-80, while Cole made an impact in his 15 minutes on the floor with three points one rebound and one assist.

The Dreamville leader finished one of four from the field with all of his shots coming from behind the arc. He drilled one three-pointer which drew a roar from the crowd on-hand.

Drake made sure to tune in to watch his 37-year-old rap compatriot suit up in his debut. Nicholas “Niko” Carino is a close friend of the 6 God who is a part-owner in the expansion franchise.

In a separate clip during the game’s warm-ups, he added, “Cole World. Legendary Shit. First game on now.”

The 6 God actually played a role in J. Cole invading the Canadian league. Cole met Carino at Drake’s birthday party last year in Los Angeles and they struck up a conversation about him potentially joining the Shooting Stars.

“You know, Dreamville and OVO are family,” Carino said. “Drake had a birthday party in L.A. last year. The conversation was, ‘I heard you have your team.’ It organically grew from there.”

Cole’s next opportunity to hoop comes on Sunday (May 29) when the Shooting Stars head to Montreal to take on the Alliance for a 4 p.m. local time tip-off.