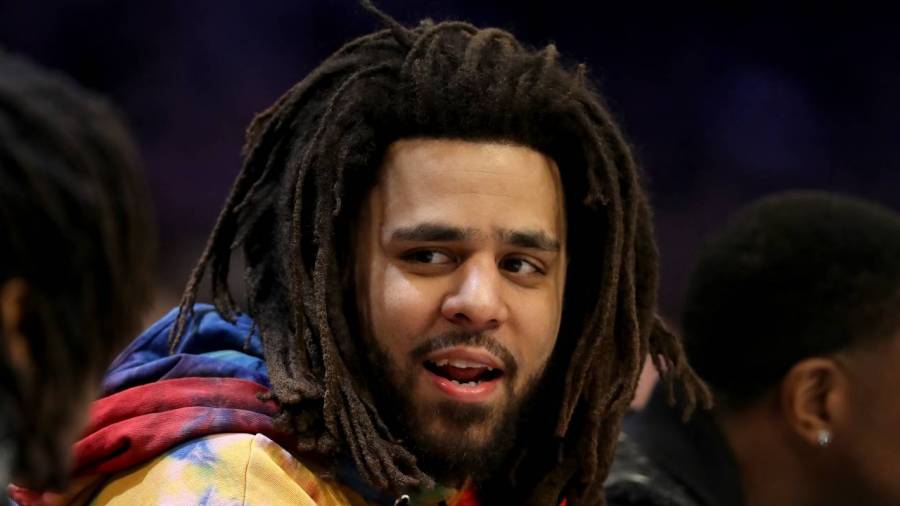 FAYETTEVILLE, NC – Nostalgia can be a powerful thing. J. Cole headed back to the rooftop of his childhood home and recreated the cover art to his breakout 2014 Forest Hills Drive album, which he revealed on Thursday (January 21) as part of the promotional campaign ahead of the Puma DREAMER 2’s release.

“Had to get back on the roof,” he wrote on Instagram and Twitter. “This time with my own shit on. DREAMER 2. First colorway “January 28th” available 1/28 online @puma and @footlocker. Follow @dreameronlyfans.”

Had to get back on the roof. This time with my own shit on. DREAMER 2. First colorway “January 28th” available 1/28 online @puma and @footlocker
Follow @DreamerOnlyFans pic.twitter.com/O5xzT46vo0

The shoe announcement for the mustard-flavored Puma kicks comes on the heels of December’s RS-Dreamers reveal, which sent fans up in arms as they thought he was announcing new music before finding out it was for his latest sneakers.

Cole actually had some trouble getting the post up on Twitter and joked about forgetting how to use the social media platform.

“Forgot to how to use Twitter my bad,” the Dreamvile boss said. “Lemme try that one more time.”

Forgot to how to use Twitter 🤦🏾‍♂️ my bad. Lemme try that one more time.

There’s no word as to a retail price for the DREAMER 2, which arrives on Cole’s 36th birthday next Thursday (January 28) on Puma and Footlocker’s websites.

Senator Bernie Sanders’ Inauguration outfit from Wednesday (January 20) began making the rounds on social media, as the U.S. Rep sitting down was photoshopped just about everywhere including onto Cole’s 2014 Forest Hills Drive cover.

Fans should also gear up for new music from the North Carolina native in 2021. Cole’s manager, Ibrahim “Ib” Hamad, posted a photo to social media of his client on the set of a music video on January 18.

“Locked in. The Off-Season,” Ib wrote.

2014 Forest Hills Drive debuted at No. 1 atop the Billboard 200 in December 2014. The album famously made Cole the first Hip Hop act in 25 years to go double-platinum with no features in 2016. 2014 FHD was also nominated for Best Rap Album at the Grammy Awards and is now triple-platinum.