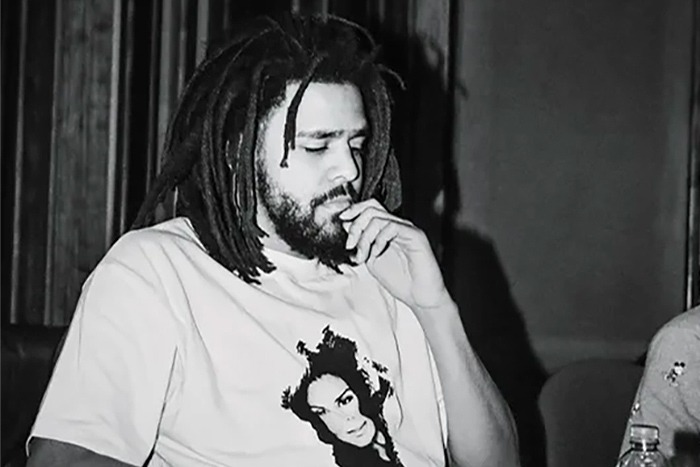 The reclusive rapper has remained private when it comes to his family life, but he’s opening up about fatherhood. In a 3500-word letter for The Players’ Tribune, titled “The Audacity,” Cole looks back on his life and career and reveals for the first time that he has two sons.

He made the revelation while reflecting on the period between his 2016 album 4 Your Eyez Only and now. “Four years have passed. In that time I’ve been blessed with two sons, learned the delicate art of balance between parenthood and career, had the pleasure of working with a ton of talented artists as a featured rapper, spent 10 magical days recording a Dreamville album in Atlanta, and put a lot of time and energy into sharpening my sword and growing as an artist,” Cole wrote in his lengthy letter.

This shit was both hella challenging and mad fulfilling to write. Thank you @PlayersTribune for the platform. ❤️https://t.co/XGE47bqhGy

The Dreamville boss confirmed that he and his wife Melissa Heholt welcomed their first child on “She’s Mine, Pt. 1” and “She’s Mine, Pt. 2” off 4 Your Eyez Only. Fans originally thought he had a daughter until a 2018 interview with Angie Martinez.

On last year’s Revenge of the Dreamers III compilation, Cole announced that he had a second child on the way. “She gave me the gift of my son, and plus we got one on the way,” he raps on “Sacrifices.” “She gave me a family to love, for that, I can never repay / I’m crying while writing these words, the tears, they feel good on my face.”

In his letter, the father of two also shared that he is thinking about retirement, but not before releasing his upcoming album The Fall Off. He says he has a “long term plan of becoming the best rapper I could possibly be before hanging up my jersey, leaving nothing on the table when all was said and done.”

EarthGang’s Olu recently confirmed that a new Cole album was on the way, but had been delayed by the coronavirus.