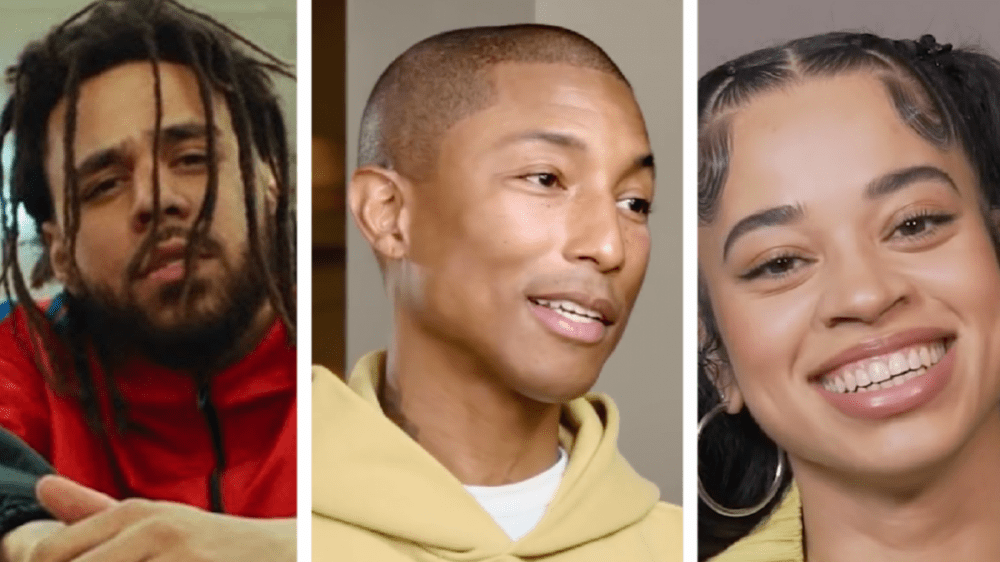 From winning Best R&B Song at the 2019 Grammy Awards to touring with Bruno Mars, London-born singer Ella Mai has likely been living out her dreams for a while.

Things got even crazier last week when she managed to lock in some studio time with J. Cole and Pharrell at a luxury waterfront location. Ella Mai posted several photos recording new music with the two artists and posed for photos with a palm tree view.

Ella Mai is currently working on the follow-up to 2018’s self-titled debut album. In October 2020, she spoke about how her relationship with Mustard — who signed her to his 10 Summers label — has grown since her first body of work.

“Now that we’ve been doing it for a while, it’s almost like we can go into a room and not even say anything,” she told Billboard. “It just works, if you get what I mean. It’s taken time and I think we’re still learning about each other with being in the room and working. But for both us, I think we were so excited with the debut album.”

She continued, “I used to tell people I appreciate Mustard so much, because he treated my debut album as if it was his. He put a lot of time into what we were doing. So now that we’re getting back into it, it’s like, ‘Cool. Where do we wanna go?’ As the songs keep coming about — because I’m not finished yet — it’s almost that feeling again that we had with the debut album.

“It’s God’s given gift that we met each other, because I honestly can’t thank him enough, even if it’s for advice. The music is incredible.”

As half of The Neptunes alongside Chad Hugo, Pharrell has linked up with the likes of Diddy, Rick Ross, Lil Uzi Vert, A$AP Ferg, Brent Faiyaz and Ant Clemons in 2021. On Monday (August 30), the duo’s Instagram account shared a photo of “Mood” hitmaker 24kGoldn with the caption, “tapped in.”