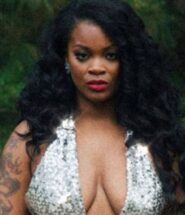 After previously going gold in October of 2019, the D.C. native’s track from her album of the same name reached the RIAA platinum bench mark for selling one million digital units on Tuesday (February 9).

In a video shared by Our Generation Music on Instagram, Lennox appears to share a glimpse of her new plaque for “Shea Butter Baby” while also flexing the gold certification she received last year for “BMO” — both also appeared on the same album, which peaked at No. 67 on the Billboard 200 in May of 2019.

J. Cole and Ari Lennox are technically the only solo artists on Dreamville Records’ roster with platinum certifications — though as a collective, the label boasts well over 30 gold and platinum awards from the RIAA.

While J.I.D and Bas have gold plaques for solo releases, the gang earned a platinum plaque for their Revenge Of The Dreamers III compilation album — that made history topping the Billboard 200 Chart in 2019.

Both “BMO” and “Shea Butter Baby” are thriving within the 29-year-old singers’ top tracks on Spotify, with the Cole-leaning collab swelling to more than 95 million streams thus far. Lennox also recently made magic with songstress Jazmine Sullivan on the Heaux Tales track “On It” which landed on HipHopDX’s Best R&B Songs Of 2021 So Far) list last month.