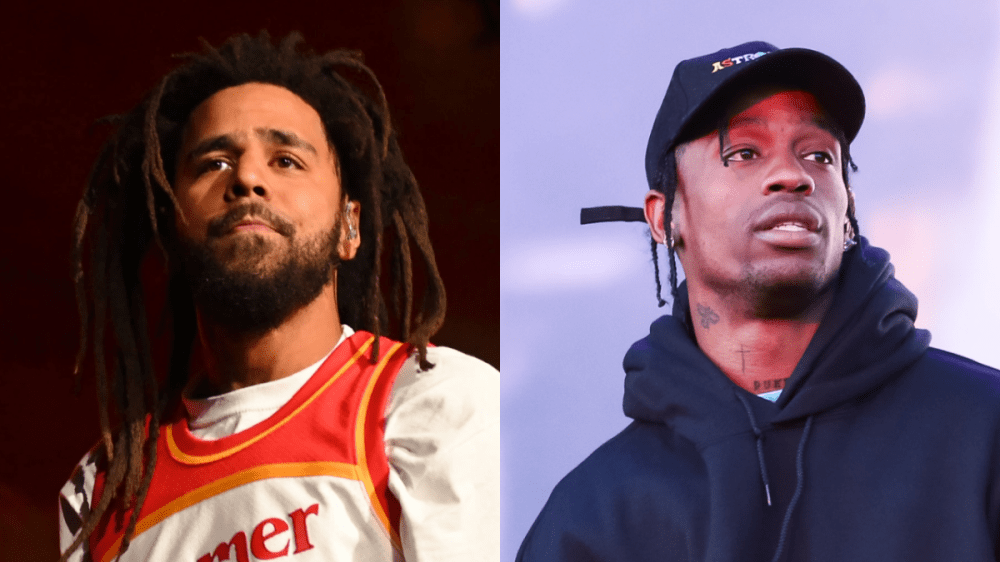 As promised, Travis Scott blessed his fiercely loyal fanbase with new music on Friday (November 5) ahead of his star-studded Astroworld Festival in Houston, Texas.

The Cactus Jack CEO released two new singles: the Nik D and OZ-produced “Escape Plan,” which he debuted live at Rolling Loud Miami back in July; and “Mafia,” which features bouncy production from Jahaan Sweet and Boi-1da.

The dual offering serves as Travis Scott’s first singles of 2021 as he looks to ramp up excitement for his already eagerly-anticipated Utopia album, the long-awaited follow-up to 2018’s Astroworld.

While both songs are listed as solo efforts with no guest features, that’s not quite true. “Mafia” actually contains an uncredited appearance from J. Cole, who provides additional vocals throughout the second half of the track.

“Me and my n-ggas show up, you know it’s goin’ down/You know I’ma bring a parade if I fall through this town today/Ain’t even gotta check, you know we the hardest n-ggas around/We still pourin’ up for the n-ggas that can’t be around today,” Cole harmonizes over the hypnotic production.

Surprise appearances are something of a trademark for Travis Scott, who dropped Astroworld on streaming services without listing any of the stacked supporting cast. Nevertheless, J. Cole’s uncredited “Mafia” cameo still caught fans off guard.

“Heard J. Cole come in on MAFIA and had to take a triple take, not the collab I was expecting Travis Scott to pull out,” one fan tweeted, while another wrote, “Me listening to Mafia for the first time thinking Travis Scott’s alone then J. Cole appears. What a record!!! #MAFIA FireFireFire.”

Heard J. Cole come in on MAFIA and had to take a triple take, not the collab I was expecting Travis Scott to pull out

Me listening to Mafia for the first time thinking Travis Scott's alone then J. Cole appears🤯 What a record!!! #MAFIA 🔥🔥🔥 pic.twitter.com/cxJXuDfGaU

“Mafia” is only Travis Scott and J. Cole’s second collaboration following 2019’s “The London,” which also featured Young Thug. The song landed on Thugga’s So Much Fun album while earning a Grammy nomination for Best Rap/Sung Performance.

J. Cole famously shunned collaborations for a significant chunk of his career, instead opting to go “platinum with no features” on albums such as 2014 Forest Hills Drive, 4 Your Eyez Only and KOD. Since 2019, however, the Dreamville boss has been on a guest feature tear after changing his mindset.

“I was looking at it as an opportunity for growth,” he explained in his 2021 documentary Applying Pressure: The Off-Season. “Do you really want to look back and be like, ‘You didn’t work with nobody? You didn’t have no songs with nobody? You just cool with that?’ No. OK! So start saying yes to some features.”