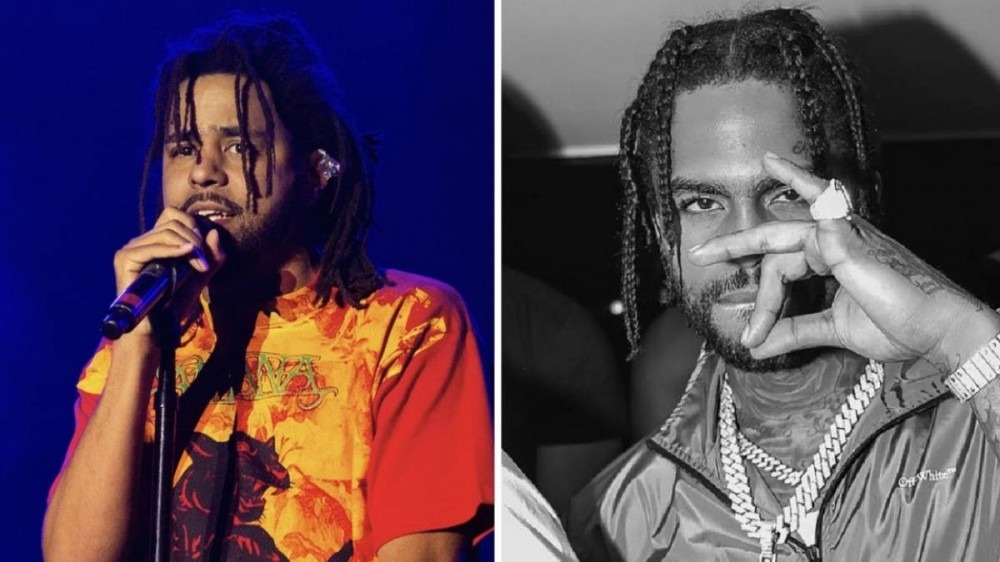 Dave East’s new album Hoffa is a strong entry in the Harlem native’s extensive catalog. His bars are on point, and the story-telling is there, but East’s use of inflections shines bright on the album.

During an interview with Ebro Darden on Apple Music 1, Dave East explained how a studio session with J. Cole led to the Survival rapper getting advice on experimenting with his voice on the album.

“I got a chance to lock in with J. Cole, just me and him in the studio with the engineer,” East explained. “And he asked that same question, like, ‘Bro, I’m a fan of what you do, I really respect your pen, but you rap with one tone.’ And I really sat and listened to myself, and a lot of my shit is one tone.”

He continued, “Me and him in the studio testing tones. He’s just really seeing how high I can take my voice, how low I can take it, and then he just was like, ‘Apply that to your music. Watch the difference. That’s just something I gotta keep working at, keep working at. I think it will be something dope to add to my music.”

Dave East also explained how important it was for him to lock in with one producer, Harry Fraud, on Hoffa. According to the Def Jam rapper, he could focus on the music and not worry about all the extra stuff that comes with working with several producers.

Harry Fraud co-signed East’s statement saying, “That’s what the producer is supposed to do. A lot of rappers have become vocal producers in their own rights. It’s my job to make sure all they have to do is rap.”

He added, “Of course, I want their input. I want Dave’s input on everything. But he shouldn’t have to be pulling his hair out worrying about anything but rapping, especially when we’re creating. He should only be worried about creating the best thing.”