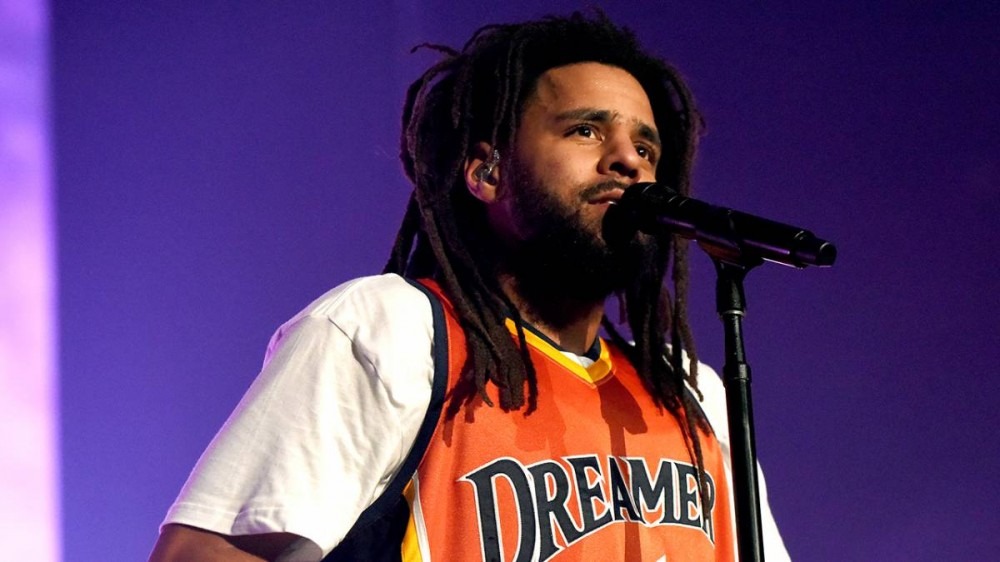 J. Cole is set to appear on EarthGang’s new album Ghetto Gods that’s scheduled to drop on Friday (February 25). The Dreamville duo took to Instagram on Monday (February 21) to play an entire verse from Cole, with labelmate JID also featuring on the same track.

“No more off-season, it’s capital B on my car season,” Cole raps. “If I happen to be in the mall, you catch yourself lookin’ at me, then you’re stargazin’/Know we got one with me if your heart shake/Two face n-ggas get the business, I went from rags to riches/There’s too many bags, I can’t do the math, bitch, I need a statistician.”

While the title hasn’t been confirmed yet, the song is known as “What’s Up” on the Genius lyrics page.

EarthGang previously announced the album would be arriving the same day as J. Cole’s The Off-Season in March 2021, but the date came and went. So far, Olu and WowGr8 have dropped the singles “American Horror Story,” “All Eyez on Me” and “AMEN” featuring Musiq Soulchild, with Future also set to appear on the project.

During an interview with Riff Magazine in October, they talked about collaborating with Atlanta artists across the new album.

“In front of our neighborhood, we kind of realized we could tie it in with the Ghetto Gods theme by thematically and very deliberately paying tribute to people that overcame and became icons and legends in their own right,” WowGr8 said. “It’s a metamorphosis album, so we just celebrate people that metamorphized in ways that we admire.”

Olu added, “It’s really dope to have the city be involved with the album and champion the album and really get behind the momentum of everything that we’ve created so far. In a lot of ways, we always attack our production. It’s the soundscape to the stories that we’re telling and we want to make sure that it’s current but also experimental and that it has the musical elements that are who we are.”

Ghetto Gods will serve as EarthGang’s second album on Dreamville/Interscope Records, following the release of Mirrorland in September 2019. With features from Young Thug, T-Pain, Kehlani and Arin Ray, the LP debuted at No. 40 on the Billboard 200.